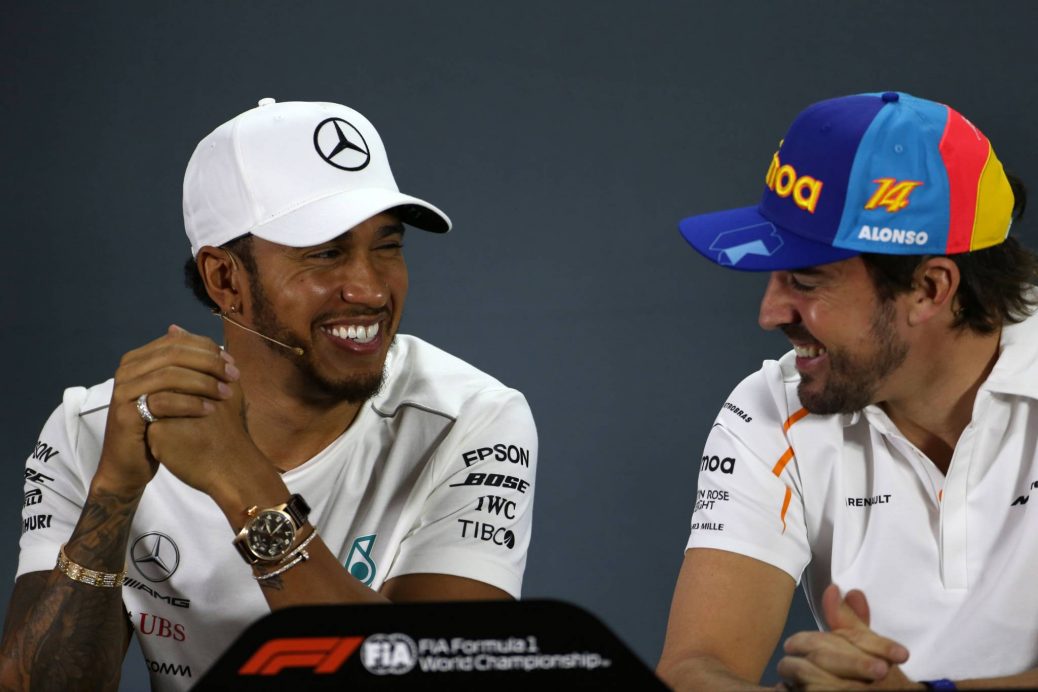 Spurs boss Mauricio Pochettino has likened his team’s Premier League title challenge to the situation faced by Fernando Alonso in his latter F1 career.
Tottenham Hotspur manager Mauricio Pochettino has compared his football team’s bid to win the Premier League to Fernando Alonso’s situation in Formula 1.
Fernando Alonso and Lewis Hamilton are the best drivers in Formula 1.
“But if you put Hamilton in McLaren last season and Alonso in Mercedes, it’s the same history, Hamilton on the bottom and Alonso on the top.
“Where did Alonso finish last season with McLaren?