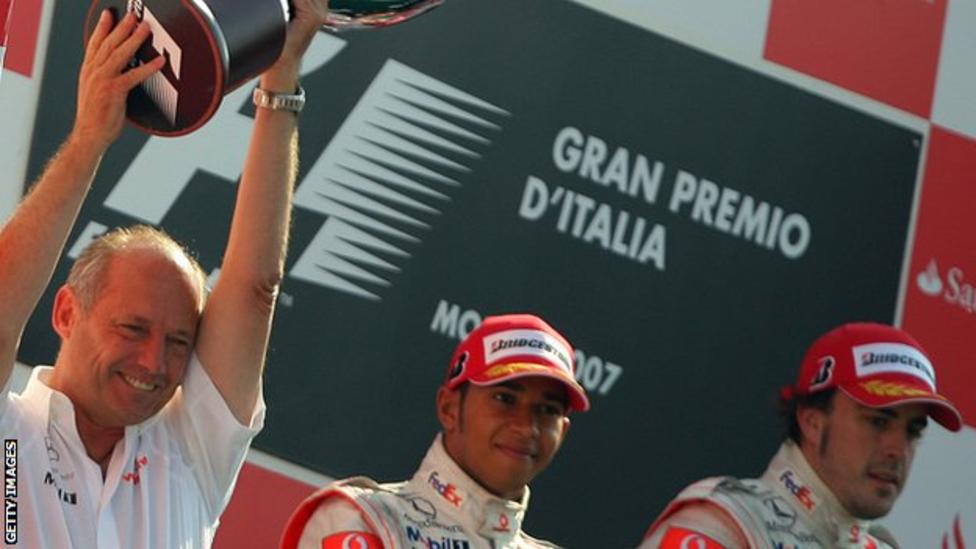 Fernando Alonso: Lewis Hamilton, Ron Dennis & where it started to go wrong at McLaren in 2007

In popular perception, Alonso’s relationship with McLaren was broken by events at the 2007 Hungarian Grand Prix, when a dispute over tactics in qualifying led to Alonso blocking Hamilton in the pits, a grid penalty, and a seismic row with team principal Ron Dennis, in which Alonso threatened to blackmail the team.
In many ways, Alonso’s 2007 season with McLaren has come to define perceptions of his career – the intense fight with Hamilton, the fall-out with Dennis, the ‘spy-gate’ scandal, in which Alonso was involved in the team eventually being thrown out of the constructors’ championship and being fined $100m for possessing nearly 800 pages of Ferrari technical information.