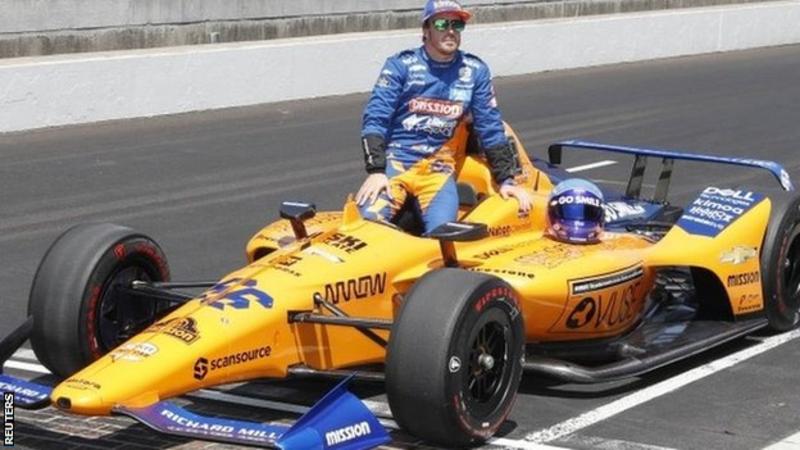 Fernando Alonso has failed to qualify for the Indianapolis 500 after a humiliating return to America’s biggest race for the McLaren team.
The two-time Formula 1 world champion was fourth fastest of six drivers vying for the final three places on the grid on what is known as ‘Bump Day’.
Alonso’s 227.353mph four-lap average was pipped by American Kyle Kaiser by just 0.019mph with the last run.
It is a bitter blow for Alonso, who left F1 to focus on winning Indy.