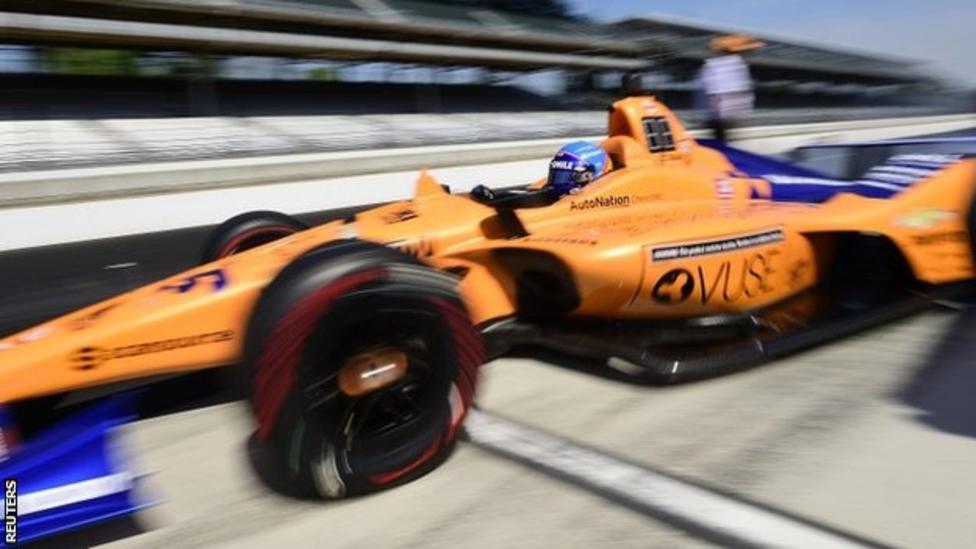 Fernando Alonso is in danger of failing to make the grid for the Indianapolis 500 after setting the 31st fastest time on the first day of qualifying.
It was a chastening experience for Alonso and McLaren, who decided to set up their own team for his second attempt at winning Indy, after he left F1 last year to concentrate on his ambition to win motorsport’s unofficial ‘triple crown’, of Indy, Le Mans and the Monaco Grand Prix.
This week’s practice has seen a series of issues for McLaren that left Alonso and the team badly under-prepared for qualifying.