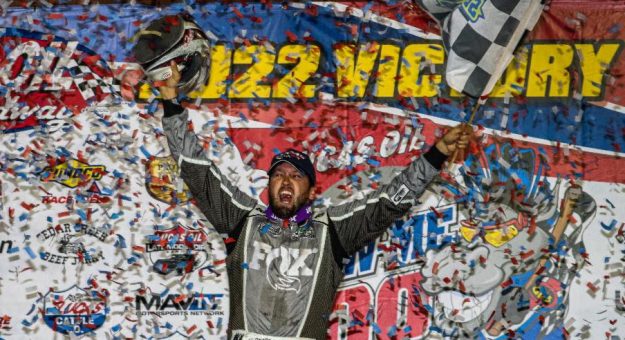 — Chris Ferguson emerged from a great battle for the lead in the 30th annual Lucas Oil Show-Me 100 Presented by ProtectTheHarvest.com on Saturday night at Lucas Oil Speedway. Winning the first dirt late model crown jewel of his career, Ferguson is taking the record $50,000 payday back to North Carolina. On the restart Ferguson, who had started in 10th, pulled away for the win becoming the 18th different driver to win the sports first crown jewel event of 2022. Ferguson, who won at Wheatland in his first appearance at the “Diamond of Dirt Tracks” in the 2020 Diamond Nationals methodically worked his way through the field to put himself in contention for the win. “I don’t know what to say, I am speechless,” Ferguson said. On the restarts I was amazing for 6 or 7 laps then I would fade so I would like to have had a few more restarts.