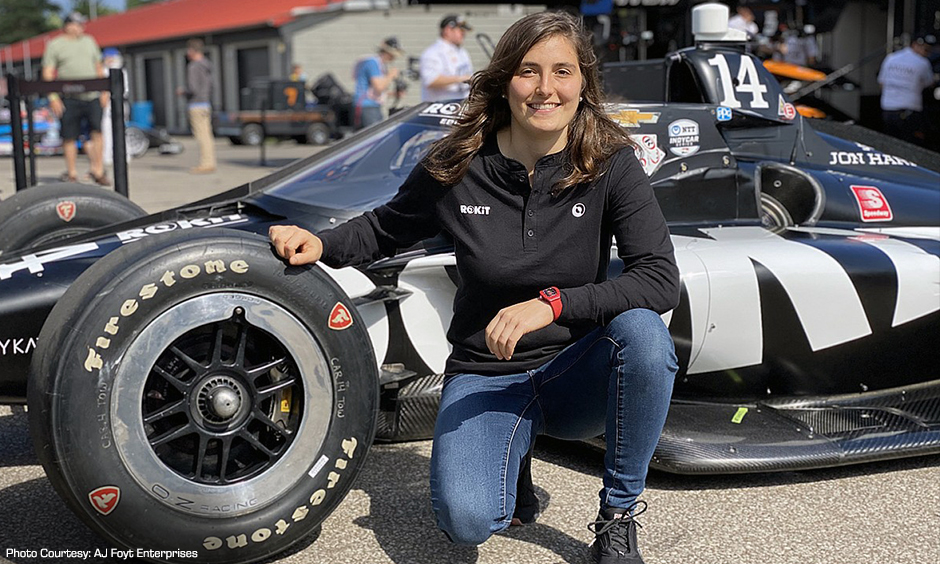 Female Racer Calderón To Drive for Foyt with ROKiT Backing

Tatiana Calderón will make history for AJ Foyt Racing in the 2022 NTT INDYCAR SERIES season, becoming the first female driver to compete for the team owned by the legendary four-time Indianapolis 500 winner. ROKiT Group is expanding its marketing partnership with AJ Foyt Racing for 2022 as the team will enter two ROKiT-branded Chevrolet, with Colombian Calderón, 28, hired to drive the No. The agreement expands AJ Foyt Racing to a three-car team with the previously announced Kyle Kirkwood in the No. “I’m thrilled and very thankful to Jonathan Kendrick, ROKiT and AJ Foyt Racing for the opportunity to race in the NTT INDYCAR SERIES,” Calderon said. “I’m thrilled with the continuation and expansion of the ROKiT AJ Foyt Racing Team,” team president Larry Foyt said.