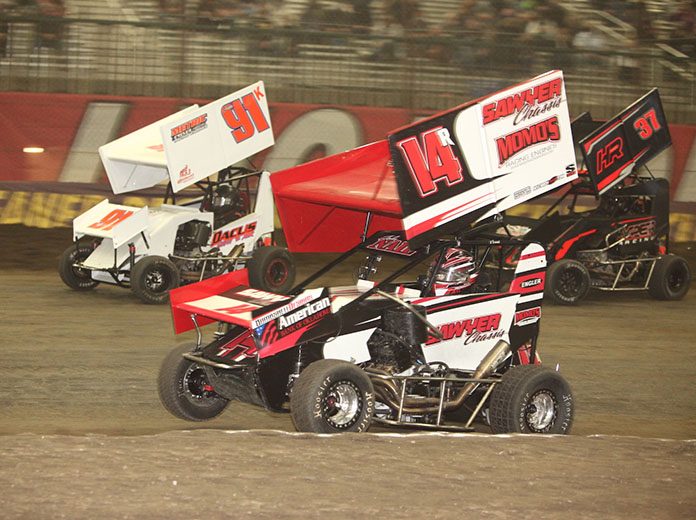 TULSA, Okla. – With 257 races now added to the history books, the 36th annual Lucas Oil Tulsa Shootout has only 39 rounds of action remaining with B-Features and Last Chance Qualifiers making up 32 of those races before the seven championship events. Rolling through Friday’s action, 17 drivers are locked into at least one of Saturday’s championship events. The defending champion in the Stock Non-Wing division will get a chance to defend his title in that class while also having a shot to win Golden Drillers in both Outlaw features. Christopher Bell, who as the Outlaw champion in 2018, is set to compete in both Stock features.