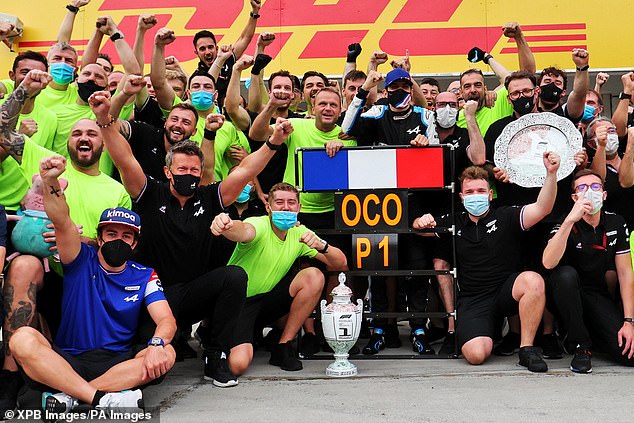 Fatigued Lewis Hamilton is being pushed to the limit in title battle with Max Verstappen, George Russell’s first Williams points puts pressure on Valtteri Bottas and Fernando Alonso is still among the best… SEVEN things we learned from the Hungarian GP

Formula One fans were treated to a classic at the Hungarian Grand Prix on Sunday when Esteban Ocon claimed his, as well as Alpine’s, first victory following a chaotic race. After the race he admitted that following numerous set-backs, his first Williams points were an emotional occasion. Since winning the Austrian Grand Prix where Verstappen extended his world championship lead to 32 points, Red Bull have only scored two points from as many races – and very little of it has been their fault. The two races mean Verstappen’s commanding lead has gone up in smoke as he now trails Hamilton by eight points, while Mercedes now lead the constructors’ championship. Toto wasn’t driving the car, his driver was driving the car. After the race, Alonso claimed believed Hamilton should have passed him much sooner. While one McLaren was punted out of the race, another was left way out of the points to continue a season of huge disappointment. As a result, he ended the race a place outside the points in 11th – but his body language told its own story.