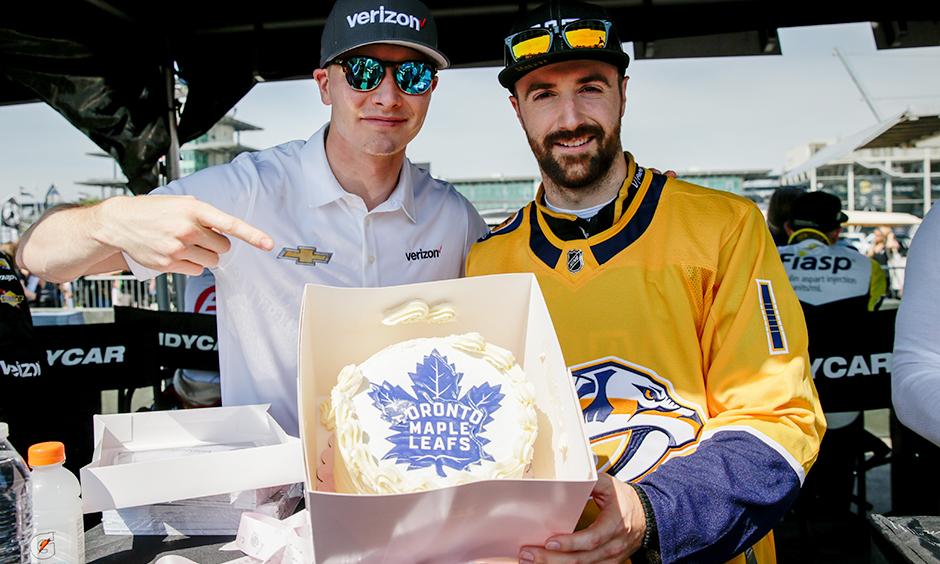 Fast Six highlights the best social posts from across the Verizon IndyCar Series.
What does an INDYCAR driver do when not racing on a Sunday?
Another NHL season is here, so we know we can count on one thing: the anticipated rivalry between INDYCAR drivers James Hinchcliffe and Josef Newgarden cheering on their favorite teams.
Reminder: INDYCAR drivers are dancers, too.
Hinchcliffe, Season 23 runner-up with Sharna Burgess, posted his throwback on Oct. 31 in honor of “Halloween Night” with the video of his “Suicide Squad”-themed waltz with temporary partner Jenna Johnson, a video that had more than 15 million YouTube views.