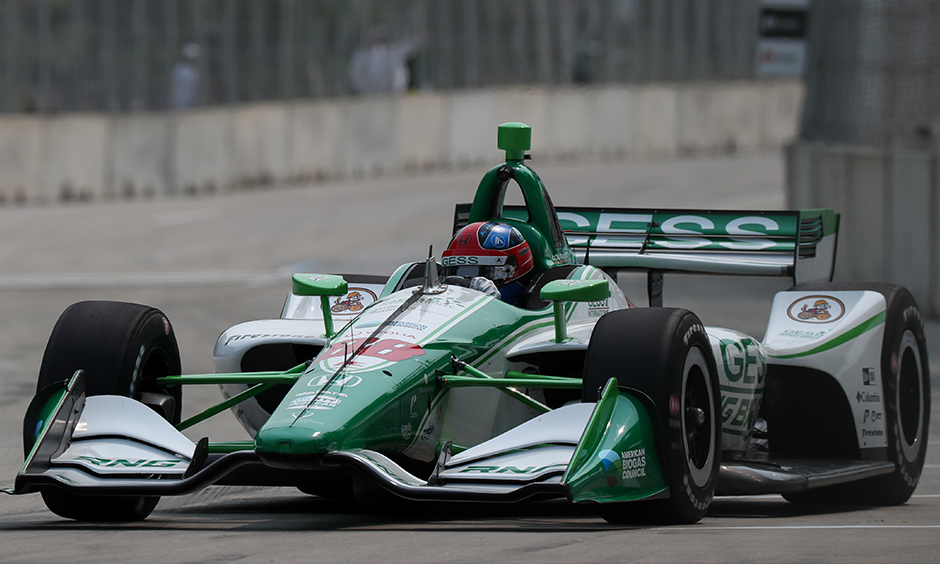 Herta, who turned 19 a week after becoming the youngest race winner in Indy car history, didn’t have a chance to prepare much for the Chevrolet Detroit Grand Prix presented by Lear doubleheader at the Raceway at Belle Isle temporary street course this weekend.
“We didn’t do a sim before Detroit,” said Herta, whose father and former Indy car racer Bryan Herta was born in the Detroit suburb of Warren.
Starting fifth in Saturday afternoon’s race puts Herta in an excellent position to challenge for a win again.