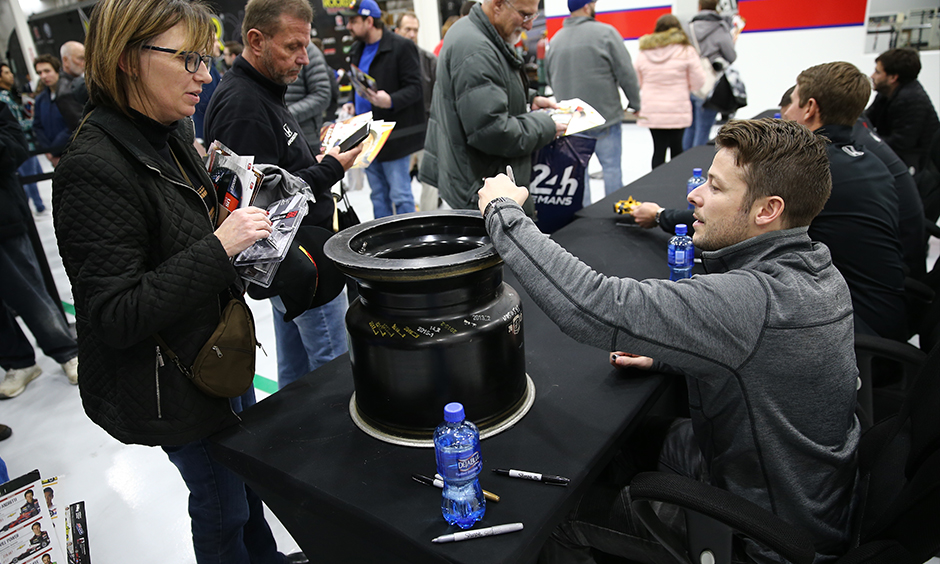 Indianapolis – Andretti Autosport officials knew they had a good thing going when they hosted the INDYCAR team’s first charity garage sale in December 2017.
Andretti Autosport’s four IndyCar Series drivers – Marco Andretti, Ryan Hunter-Reay, Alexander Rossi and Zach Veach – were on hand to autograph purchased items again.
Vicky Wilkerson from Speedway, Indiana, was happy to find Simona de Silvestro items for sale.
Zach Veach: “I moved to Indianapolis because I wanted to be around the environment that produces such great race fans, as well as the Andretti Autosport shop so being here and having everybody at the same place is pretty special.”