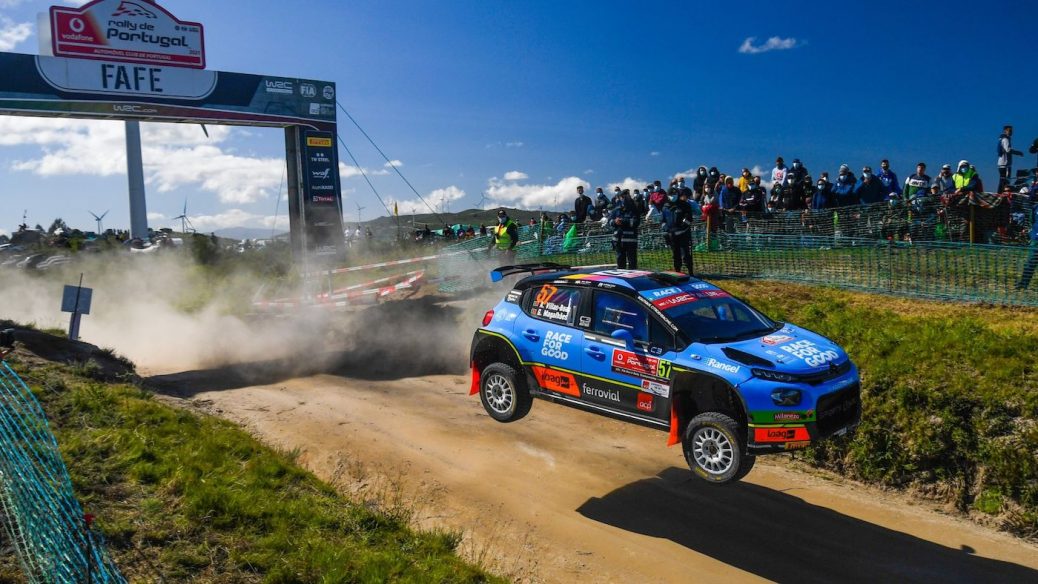 Fafe puts the frighteners on Villas-Boas

Soccer coach André Villas-Boas admits he was ‘scared to death’ by Vodafone Rally de Portugal’s legendary Fafe jump. “I was happy with our jump because I was scared to death!” said Villas-Boas. This jump is not easy to approach, you get there so fast. The second pass of the test, recently voted the sport’s greatest stage by fans on championship website wrc.com, was halted after a crash at the jump. The amount of hours spent in the car, for the last five days it has been 12 hours per day in the car. I was not aware how intense it was, so that experience was a shock, quite intense mentally and physically.”.