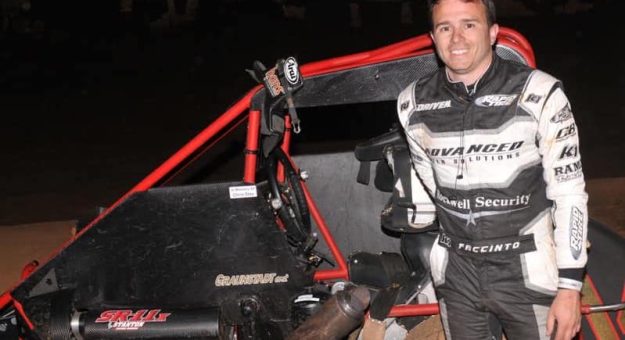 PLACERVILLE, Calif. — Michael Faccinto took the checkered flag as the USAC Western States and BCRA Midgets put on an outstanding show in their 30-lap finale Saturday night at Placerville Speedway. Austin Liggett charged into the early lead and would hold command for several laps, but the action behind him was hot and heavy. Jake Andreotti then proceeded to apply heavy pressure to Liggett and was able to snatch the lead on lap 12, until issues left him parked on the infield with 14 circuits complete. Liggett found himself back out front for the restart but soon felt the heat in the form of Michael Faccinto, who eventually dove under for the top-spot on lap 22.