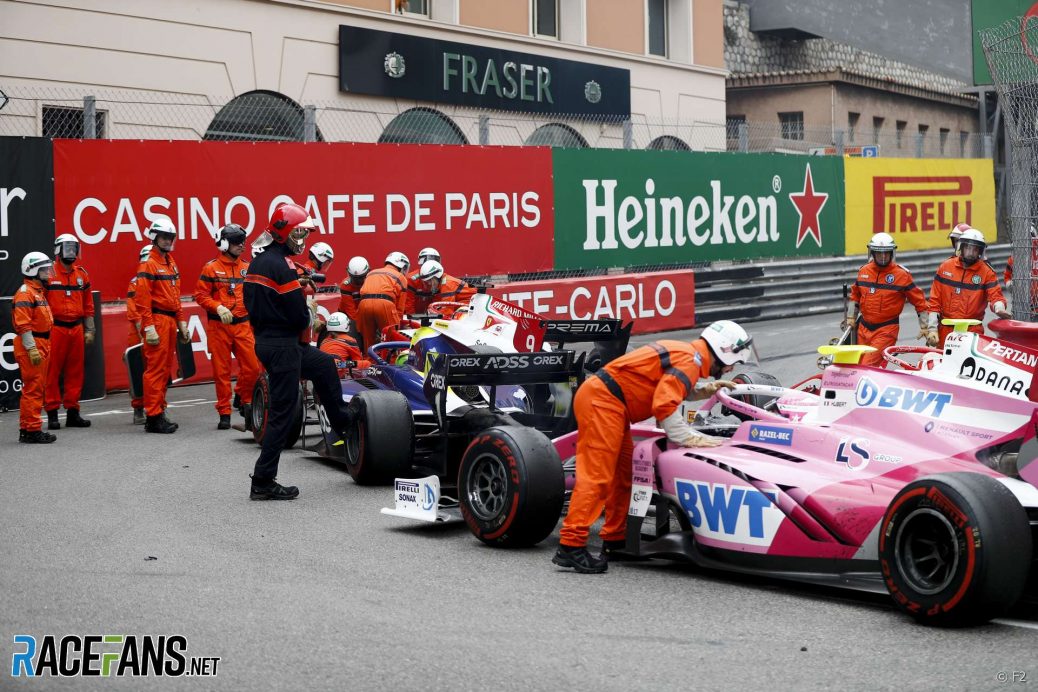 Following a protest lodged during the race, the stewards ruled the restart procedure was not following correctly after the race had been red-flagged.
Article 42.3 of the F2 sporting regulation states: “At the two minute point, any cars between the Safety Car and the leader, in addition to any cars that had been lapped by the leader at the time the race was suspended, will be allowed to leave the pit lane and complete a further lap, without overtaking, and join the line of cars behind the Safety Car which left the pit lane when the race was resumed.”