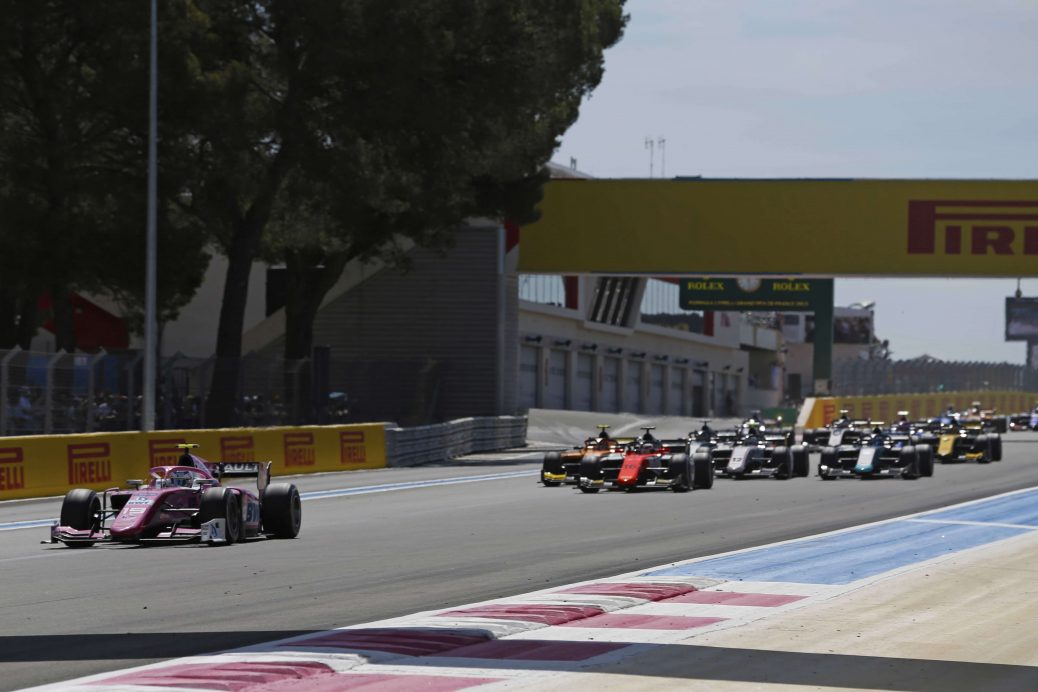 Anthoine Hubert scored his second Formula 2 sprint race victory in Paul Ricard, leading all the way home from pole position.
The Arden driver was briefly challenged by Jack Aitken, who made a rapid start from sixth place to claim second early on.
However the Campos driver’s efforts to wrest the lead from Hubert left him exposed to Juan Manuel Correa and Guanyu Zhou.
Nicholas Latifi, who arrived in France leading the championship, followed up his disappointing Monaco round with another sub-par weekend, adding sixth place to the fifth he took yesterday.