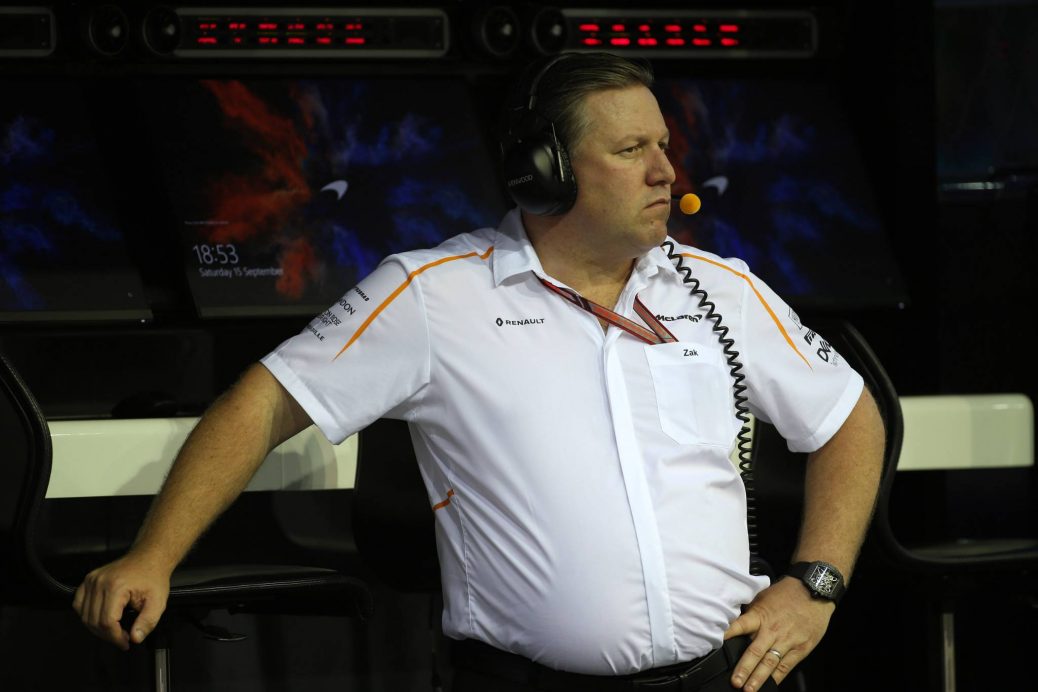 Despite its struggles in 2018, McLaren continued development work on the MCL33 F1 car into October, despite suggestions it stopped five months earlier.
McLaren chief Zak Brown has denied the team ceased development on its 2018 Formula 1 car after the Spanish Grand Prix in May, claiming it continued to work on updates for the MCL33 until October.
While McLaren Racing CEO Brown described the team’s season as “very disappointing,” he moved to clear up suggestions the team had given up on the MCL33 car early, saying in Abu Dhabi that development had continued through to the United States Grand Prix October.