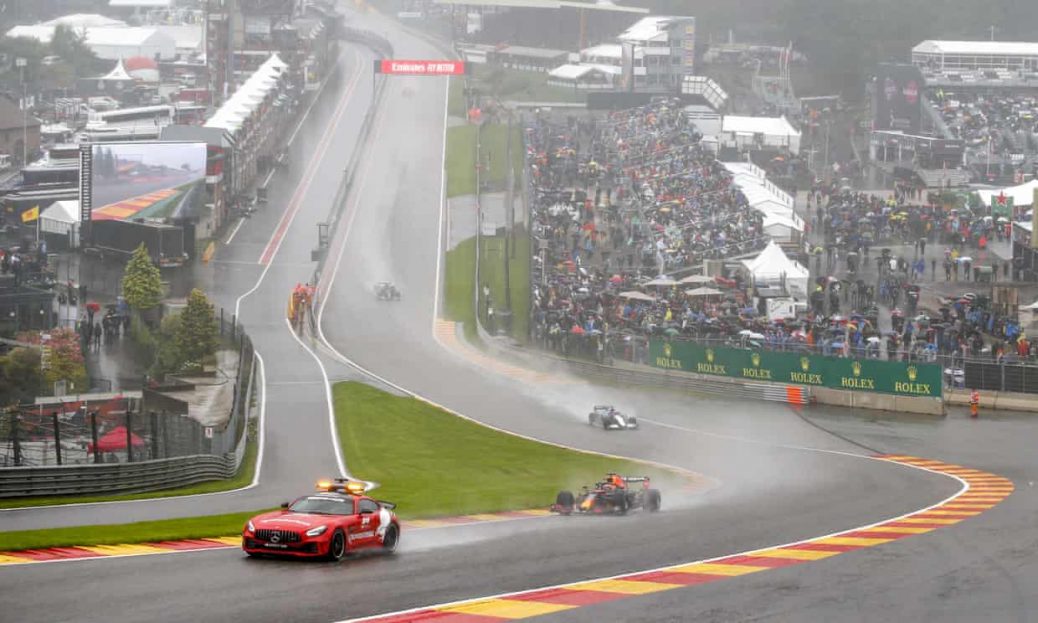 There were scathing attacks after Sunday’s events, including from Lewis Hamilton, who described it as a farce, driven by financial considerations, and demanded that the fans should be refunded. Then, despite the conditions having not improved, the governing body, the FIA, declared the race could begin. They completed the mandatory two laps for the event to be counted as a race and for half points to be awarded. “The regulations state after you do a few laps it can be called a race and that needs to be reviewed,” he said. When that type of situation happens the outcome should not be a race after three laps behind a safety car. The FIA race director, Michael Masi, said the governing body had followed their safety regulations and that the laps completed behind the safety car were to see what the conditions were like, adding they were hopeful there would be a window in the weather. Rescheduling for Monday would require agreement from F1, all the teams, the FIA and the race promoter.