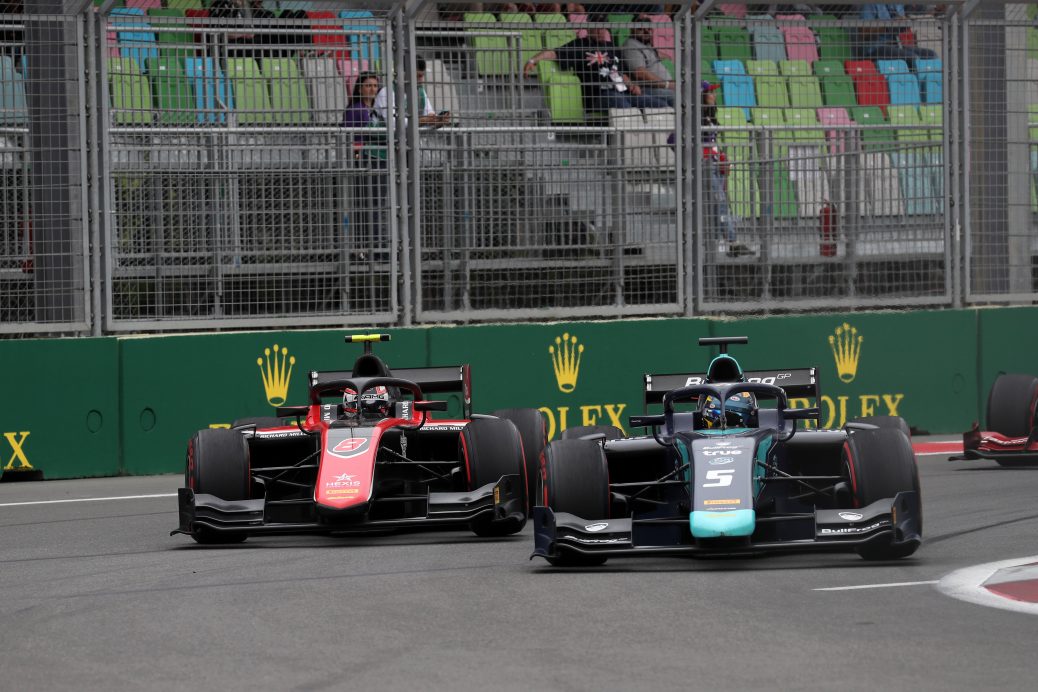 George Russell believes 2018 F2 title rival Alexander Albon fully deserves his F1 shot with Toro Rosso and believes the new generation of drivers is one of the strongest of recent times.
New Williams signing George Russell believes 2018 Formula 2 title rival Alexander Albon has earned his Formula 1 graduation to Toro Rosso.
Albon’s promotion means the top three drivers from the 2018 F2 season have earned F1 seats for 2019 and Russell feels the strength of the current wave of young drivers progressing through the single-seater ranks is reflected in the increased opportunities handed out by F1 teams.