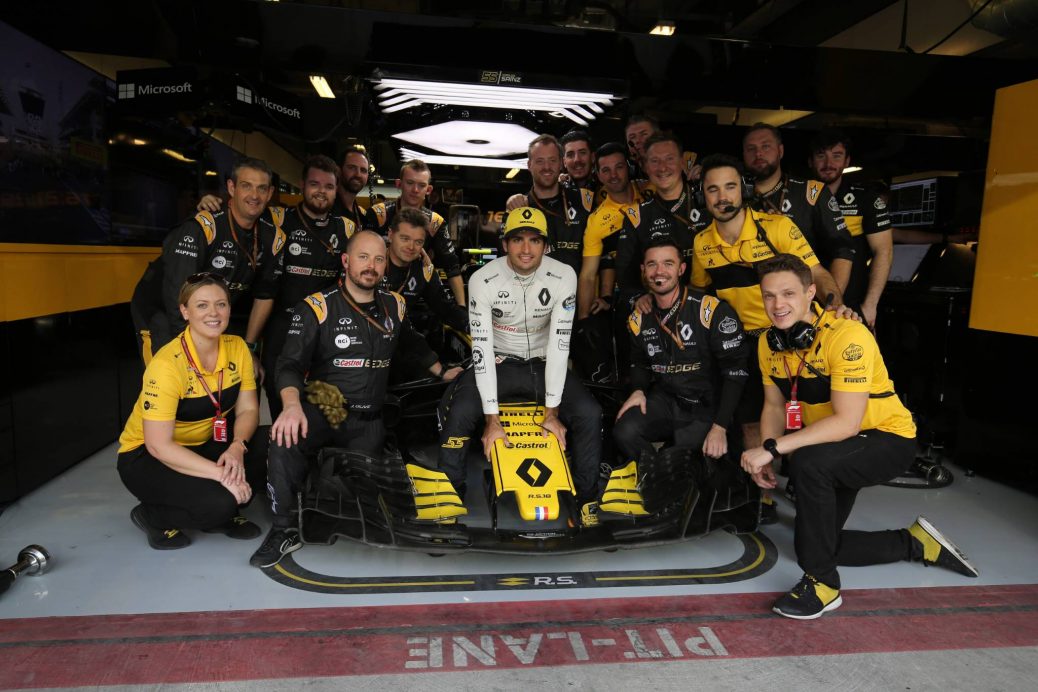 The Renault F1 team is celebrating after it wrapped up the 2018 midfield battle to finish fourth in the constructors’ championship.
Renault has clinched fourth-place in the 2018 Formula 1 constructors’ world championship at the season-ending Abu Dhabi Grand Prix.
Renault finished the campaign with 122 points, more than double the tally it managed on its way to claiming sixth spot in the 2017 standings, having taken ninth in its first year back in the sport in 2016.
Renault: “P4 is where we wanted to be in the championship; it’s a good result and a representation of the fantastic team effort on and off track and from both drivers.”