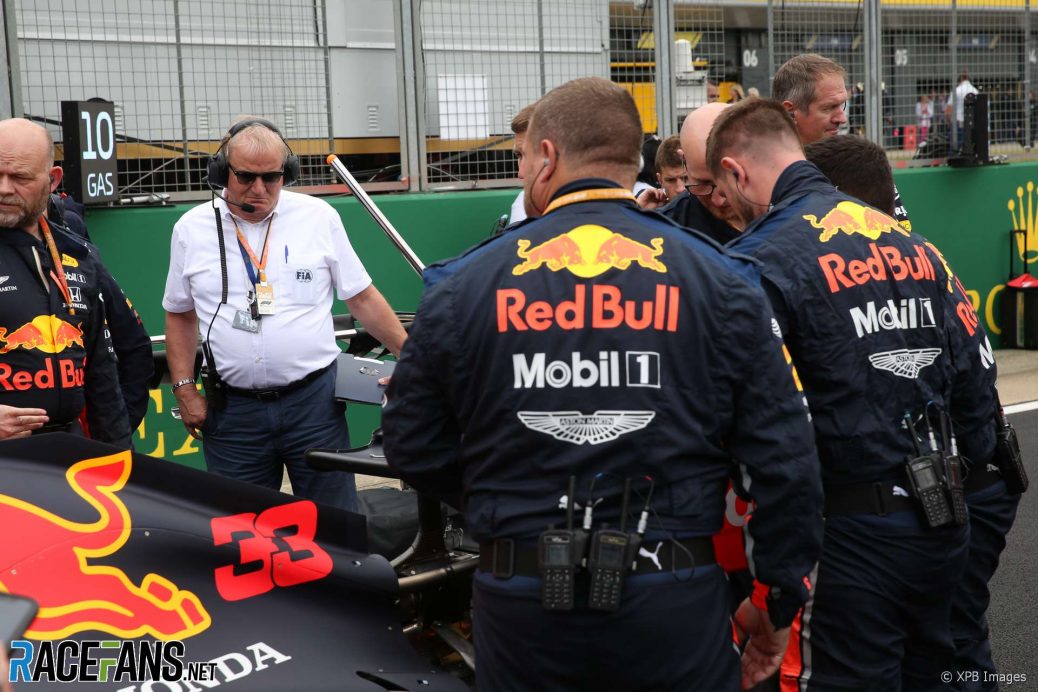 Red Bull changed the rear wings on both their cars on the grid before the start of the British Grand Prix after discovering cracks in them during a routine inspection.
Team principal Christian Horner said the wings were replaced on Max Verstappen and Pierre Gasly’s cars as a precaution after the team obtained permission from the FIA.
“One of the mechanics, just doing one of the checks, found a crack in the rear wing of Max,” Christian Horner explained.
Christian Horner: “There was [also] an inspection on Pierre’s and we could see the very start of a crack appearing in the same place.”