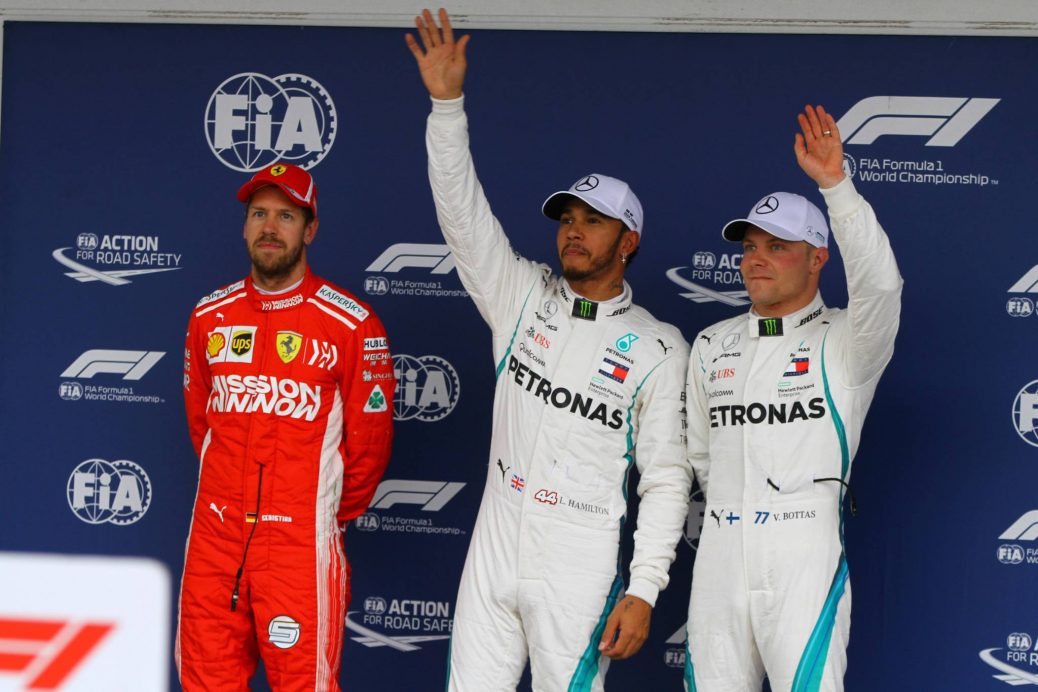 Vettel’s weighbridge antics were unprecedented in F1 – but should he have faced exclusion from F1 qualifying at Interlagos?
In reality, though, qualifying at Interlagos offered a perfect microstudy into the 2018 championship fight: as Vettel lost his cool, Hamilton got the job done despite appearing to be the underdog.
Hamilton was the only front-running driver to improve on his final lap, with the rest of the field struggling to find any time in the cool conditions.
Most drivers had ventured out as early as possible on the Supersofts to beat the incoming rain, but Ferrari spotted enough of a window to bring both Vettel and teammate Kimi Raikkonen in to switch to Softs.