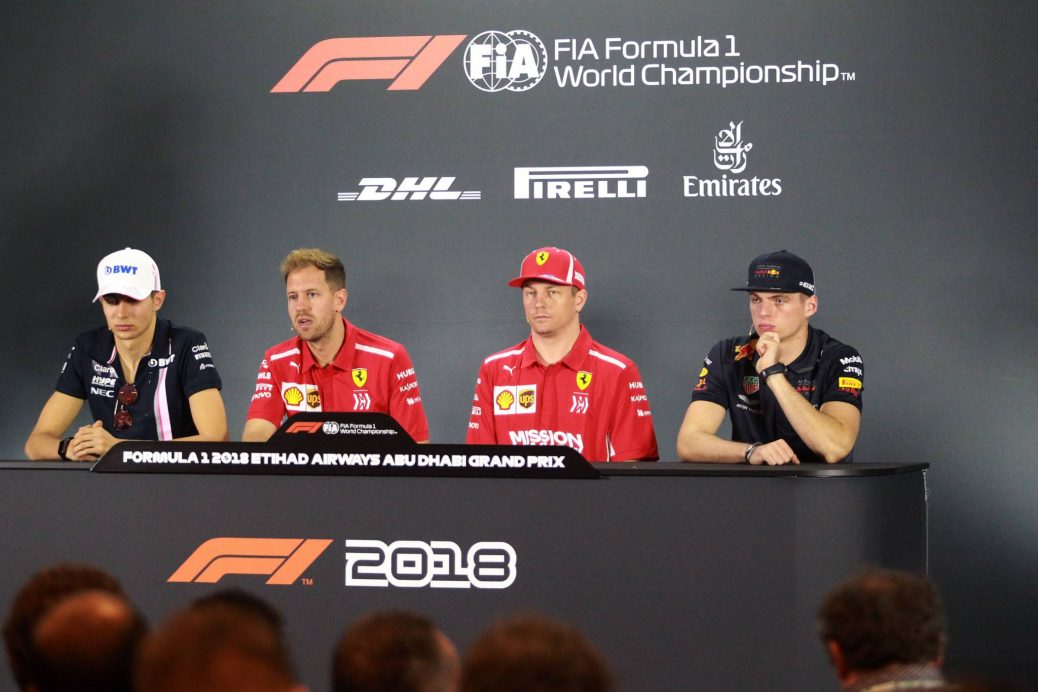 The drama surrounding ‘Pushgate’ rumbles on two weeks since Ocon and Verstappen’s spat in Brazil.
Verstappen stood by his claim from Brazil that the expected apology from Ocon in the FIA garage had instead been replaced by “a bit of a different response”, although neither driver would explicitly say what was said.
They cropped each other out of pictures on Instagram earlier this year, and even on Thursday, in response to a rather innocuous question about his love of football and a claim made by Ocon, Gasly said: “We should not listen too much to what Esteban says all the time… It is not always objective.”