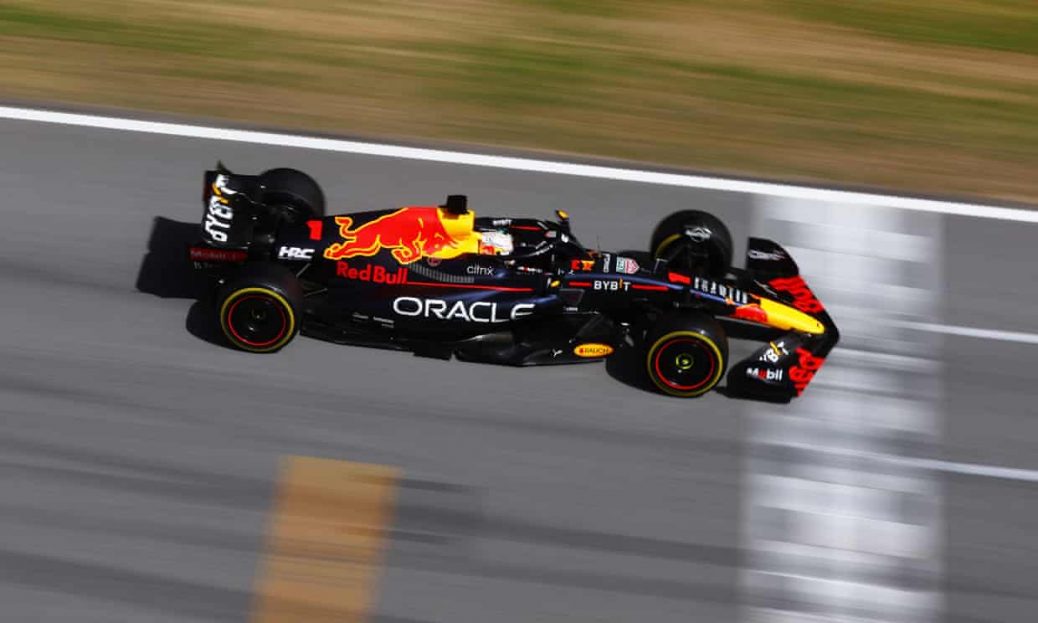 F1: Max Verstappen wins Spanish GP after Leclerc is forced to retire –as it happened!

No one saw that one coming for the first 30 laps but Verstappen cruises over the finish line to leapfrog Leclerc at the top of the championship. Perez makes it a one-two for a jubilant Red Bull, with Russell third, Carlos Sainz fourth and Hamilton fifth. Lap 63/66: How they stand (and, surely, how they’ll finish). Lap 58/66: Bottas, Sainz and Hamilton are separated by less than a second. Lap 52/66: Russell pits for a third time, coming out 3secs behind Bottas who is third, while Hamilton sets a new fastest lap. Lap 14/66: Alonso, having started furthest back, is one place off the points. Russell and Verstappen both pit, which puts Perez second – a full 15secs off Leclerc. Lap 2/66: Perez and Russel both crept past Sainz in a frantic first lap, leaving the Spaniard back in fifth.