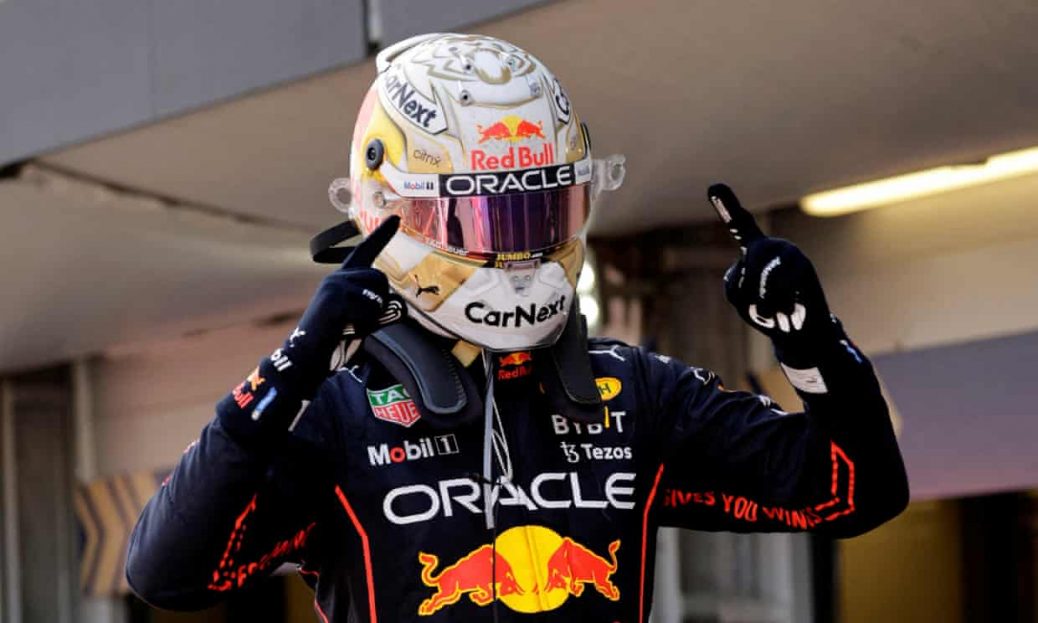 F1: Max Verstappen wins Azerbaijan GP ahead of Sergio Pérez – as it happened

Some dialogue between Toto Wolff and Lewis Hamilton is telling, with both aware the world is listening out. Perez follows him home with George Russell and Lewis Hamilton making it a Mercedes 3/4. Ricciardo can’t get past Alonso who can’t get past Vettel, who span off and recovered before. 47/51 Ricciardo and Alonso is where the action is, as Verstappen cruises to a win. 42/51 Lando Norris chases down his teammate, Daniel Ricciardo, in the race for eighth. 41/51 Verstappen is asked to slow down and then tells his Red Bull team that he doesn’t want to cool the tyres down. 39/51 The prediction is that in five laps, Hamilton will be on Gasly’s tale. Russell goes in, and so does Hamilton, though Gasly does not.