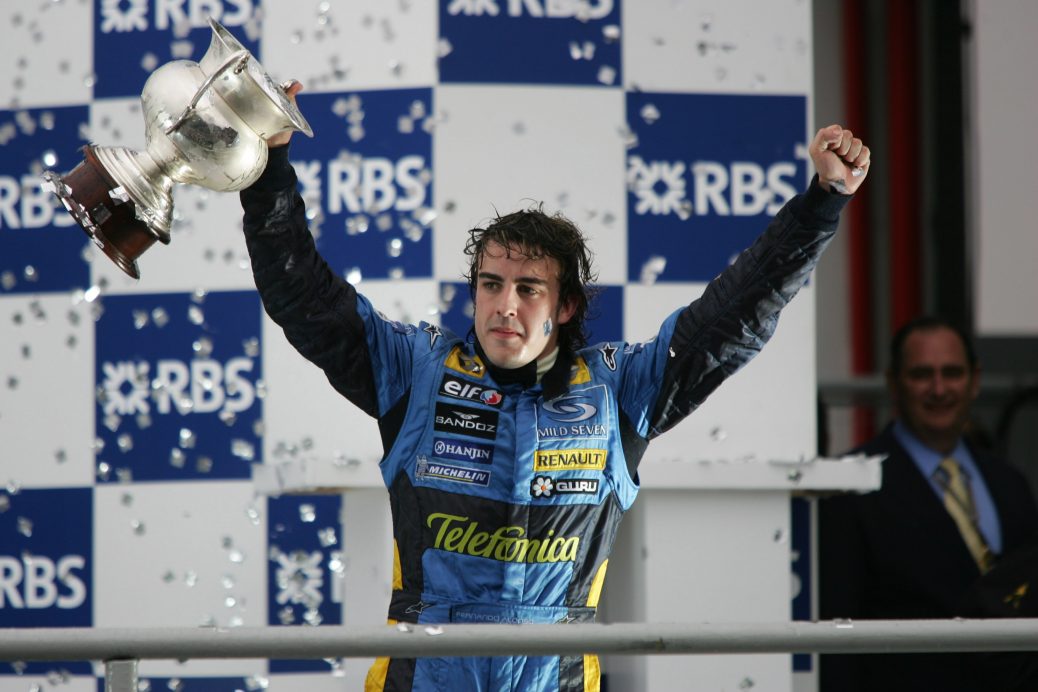 Ahead of Fernando Alonso’s final Formula 1 race on Sunday in Abu Dhabi, Luke Smith considers how the sport will remember the two-time world champion in years to come.
But Fernando Alonso isn’t just any racing driver.
Fernando Alonso’s ability was fanfared upon his F1 arrival in 2001, albeit masked somewhat by the backmarker Minardi car he found himself driving.
In a year that saw Renault finally step up to the top table in F1, fighting with McLaren as Ferrari faded, Alonso led its charge and clinched his maiden drivers’ title with two races to spare, becoming the youngest champion in F1 history in the process.