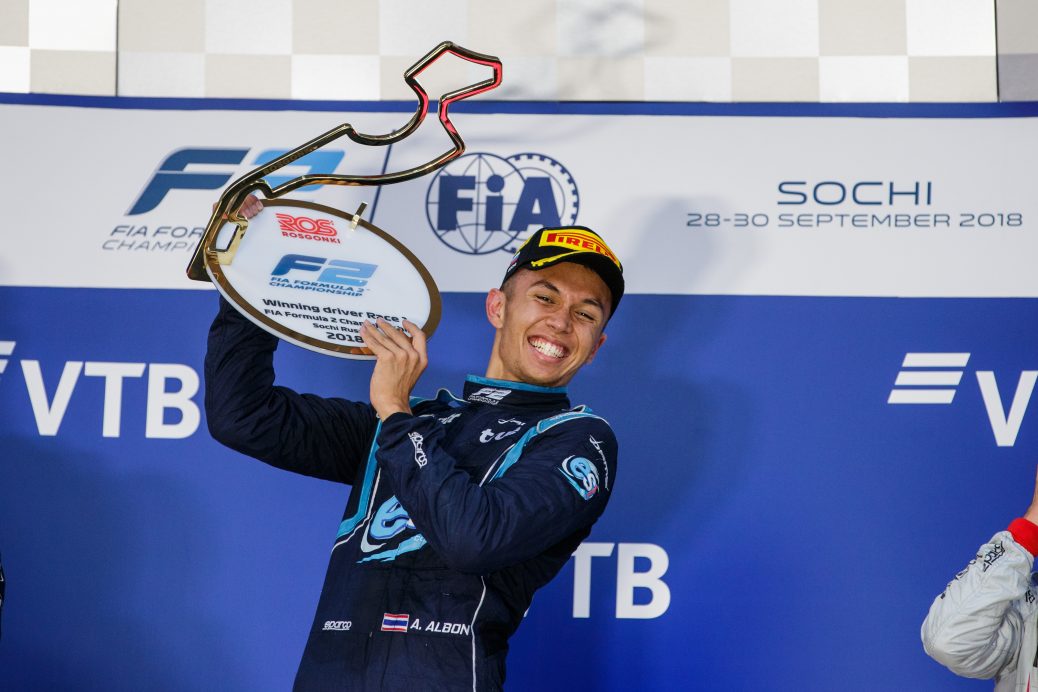 Crash.net’s Lewis Larkam delves into the story of how F2 frontrunner Alexander Albon got his unexpected F1 break for 2019 with Toro Rosso, following a rollercoaster 2018 season.
Part of those changes have come as a result of F1’s support series providing a platform for a wealth of upcoming talent, including the likes of the Mercedes-backed, Williams-bound George Russell and new McLaren driver Lando Norris, who filled the top two spots in the F2 championship.
Just weeks later during F1’s summer break, Daniel Ricciardo dropped the bombshell that he had decided to call time on his Red Bull tenure and would be off to pastures new at Renault in 2019.