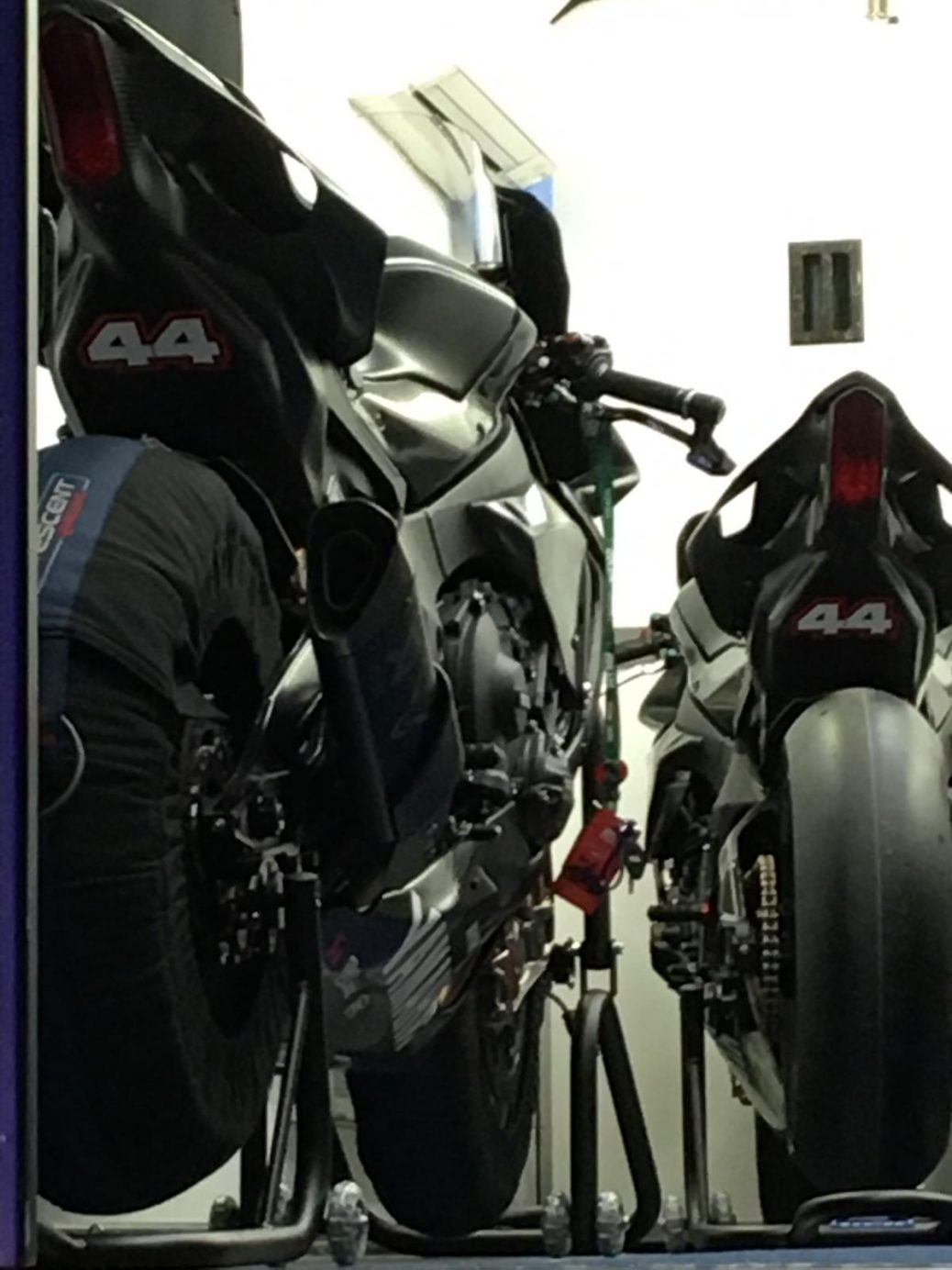 Reigning F1 world champion Lewis Hamilton was unharmed in a small crash during a Superbike track day at Jerez.
Hamilton rode an all-black Yamaha YZF-R1 bike (pictured below) featuring stickers with his racing number 44 in the private test organised by the Pata Yamaha World Superbike Championship squad and British track day firm No Limits.
Hamilton has previously revealed he is a fan of MotoGP and became an ambassador for motorcycling brand MV Augusta last year, which included getting his own special edition bike – dubbed the F4 LH 44 – commissioned.