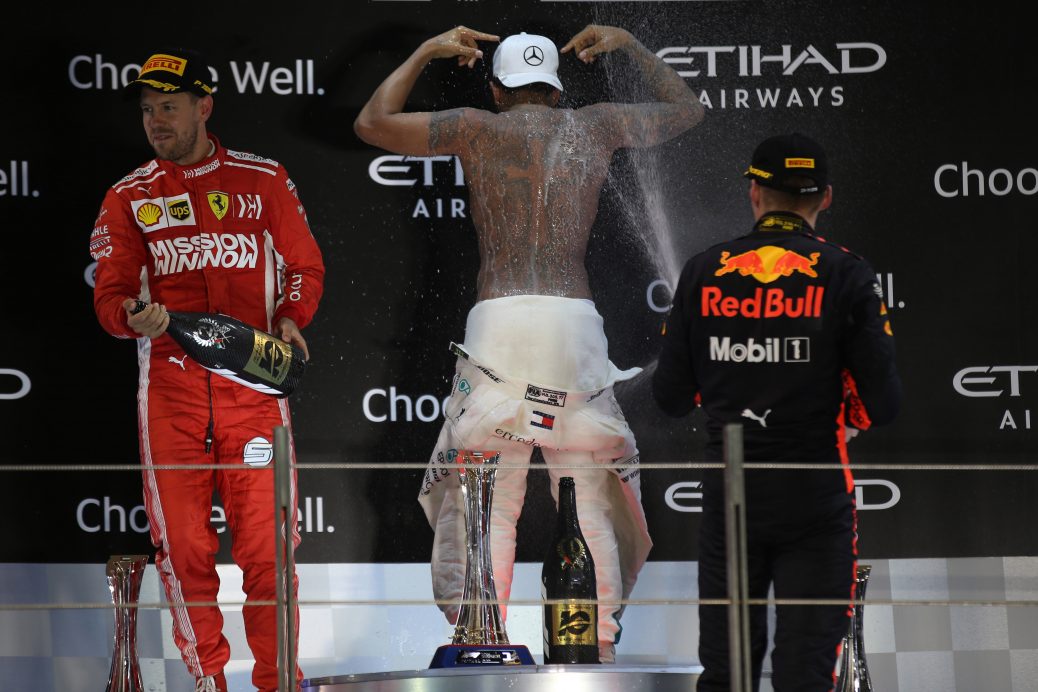 F1 world champion Lewis Hamilton says Billy Monger provided him with “real inspiration” during his title-winning 2018 season.
Explaining the reasoning behind his topless celebration on the Yas Marina podium, Hamilton revealed he had gained inspiration from Monger, who lost both of his lower legs following a horrific Formula 4 crash in 2017 and completed a remarkable return to single-seater racing in British F3 this year with Carlin.
I always wanted to show, ‘Still I Rise’,” Hamilton said in a post-race interview with Sky Sports F1.
Lewis Hamilton: “Look at Billy Monger, he’s been a real inspiration to me this year.”