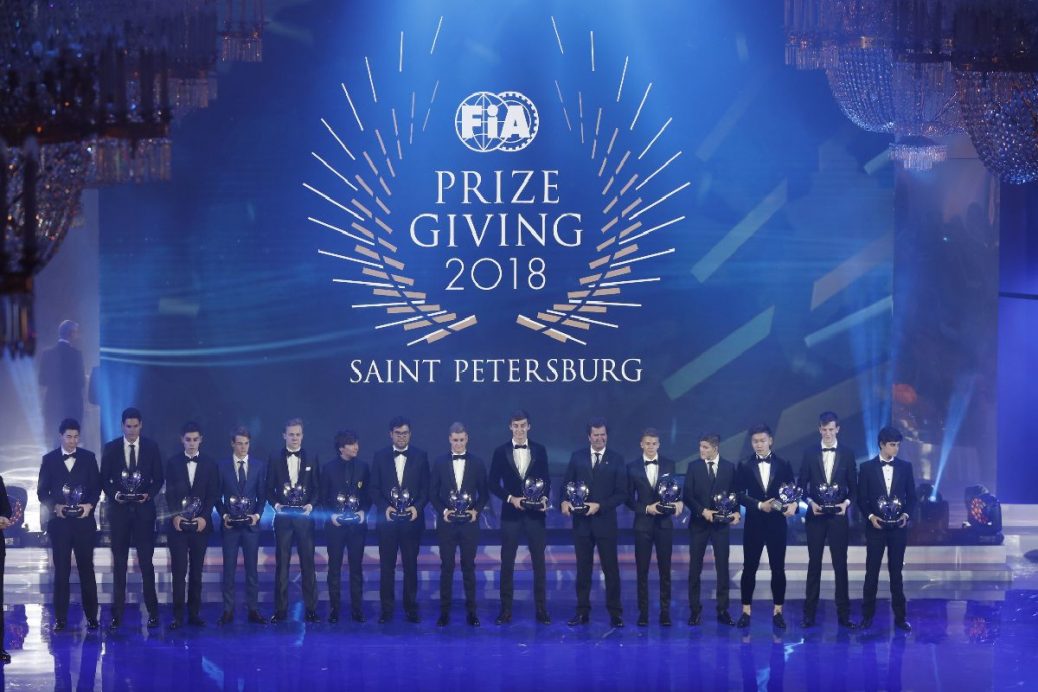 Lewis Hamilton and Mercedes are officially crowned F1 world champions for 2018 after receiving their trophies at the FIA Prize Giving in St. Petersburg on Friday night.
After missing the FIA Champions’ Press Conference earlier in the day due to illness, Hamilton recovered in time to appear at the FIA prize giving ceremony, taking to the stage to collect the F1 drivers’ championship trophy from F1 CEO Chase Carey and FIA president Jean Todt.
Hamilton was joined by Mercedes F1 chief Toto Wolff, who picked up the constructors’ award for the fifth year in a row.