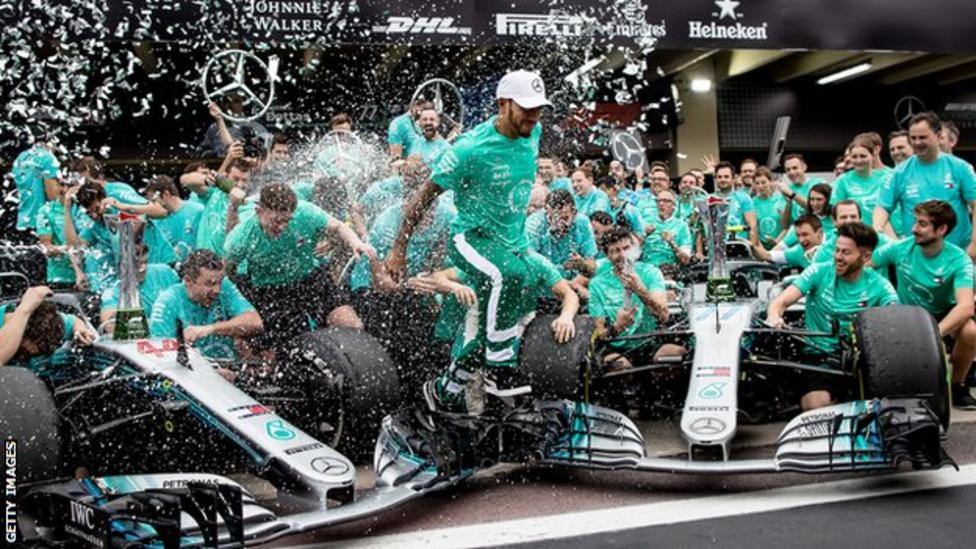 Red Bull advisor Helmut Marko says Ocon “deserved a race ban” for his actions at Interlagos.
Formula 1 boss Ross Brawn says Max Verstappen is “still not able to manage his emotions”, after the Belgian confronted Ocon following the race.
Mercedes will receive a £9m bonus after winning the constructors’ world title, with all 900 staff at their Northamptonshire factories sharing the pot.
Red Bull driver Verstappen must carry out two days of “public service at the direction of the FIA” after the Dutchman’s post-race actions.
Mercedes team principal Toto Wolff feared Lewis Hamilton would lose the Brazilian Grand Prix win through an “imminent” engine failure.