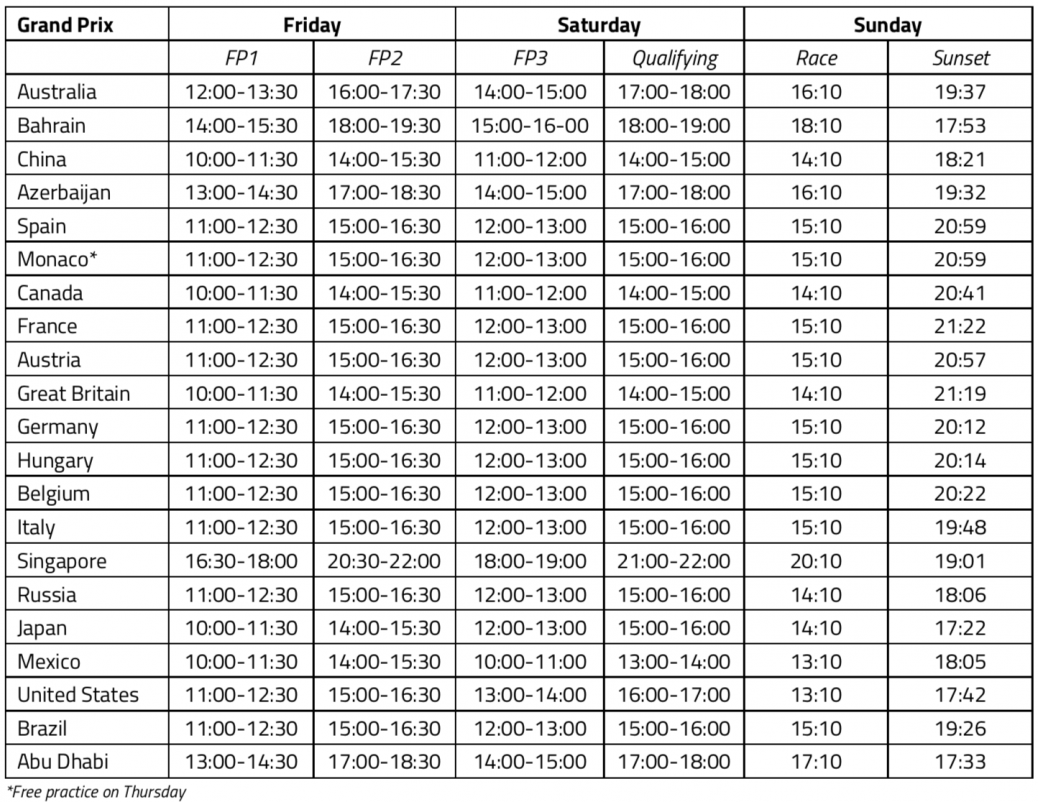 F1 confirms all of the timings for its race weekend schedules in 2019, with the French Grand Prix being the only race to change start time.
Formula 1 has confirmed all of its grand prix weekend schedules for the 2019 season, with only one race shifting its start time compared to last year.
The only race to change its start time is the French Grand Prix at Paul Ricard, which started at 15:10 GMT in 2018 in order to avoid clashing with the FIFA World Cup matches scheduled on the same day.
Otherwise, all race weekend timings remain unchanged.