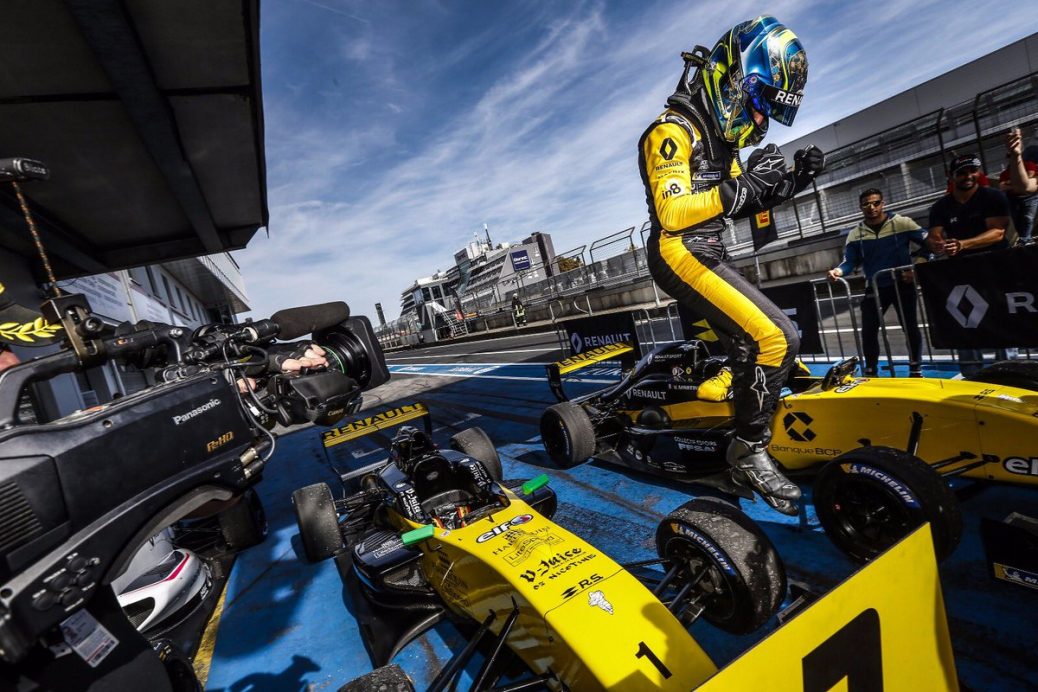 Renault protege Max Fewtrell says his hopes of reaching F1 have been boosted by the recent influx of young drivers earning promotions.
Max Fewtrell believes the surge of young drivers being promoted to Formula 1 shows him that reaching the highest tier of single-seater racing is not just “some crazy dream”.
“2018 Formula Renault Eurocup champion Fewtrell is stepping up to the rebranded, F1-supporting FIA Formula 3 Championship with reigning champions ART Grand Prix, having been retained as a member of the Renault F1 team’s young driver programme for a third successive year.”