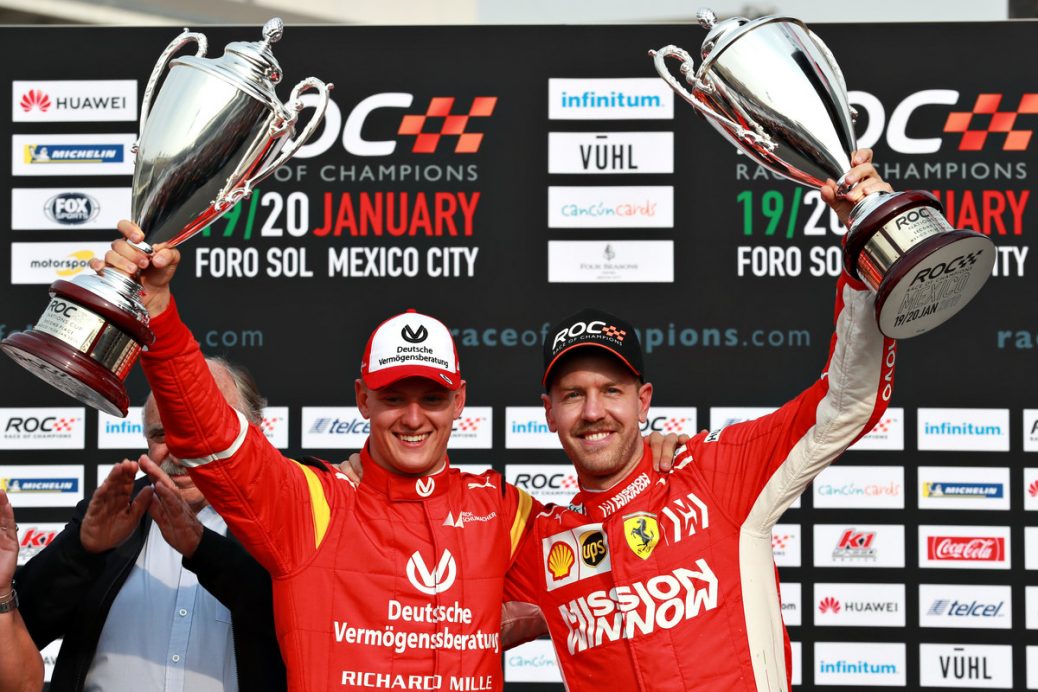 F1: Ferrari has the ingredients to beat Mercedes in F1 2019, says Vettel

Sebastian Vettel is confident Ferrari has “got the ingredients” to finally end its spell without a F1 world championship title in 2019.
The Italian team has undergone a major management reshuffle over the winter, with former technical head Mattia Binotto replacing Maurizio Arrivabene as team principal, while Ferrari has altered its driver line-up for the first time since 2015 by promoting Charles Leclerc alongside Vettel for the new campaign.
Asked if he felt Schumacher could follow in the footsteps of his father, seven-time world champion Michael and be a star of the future, Vettel replied: “I think so.