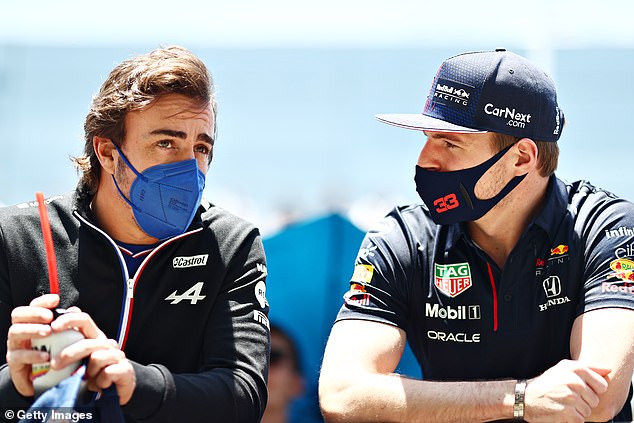 Max Verstappen admits he would like to see Fernando Alonso at the front of the Formula One grid again in a glowing tribute to the two-time world champion. Red Bull star Verstappen picked up his maiden F1 drivers’ title this season in thrilling circumstances, pipping Lewis Hamilton in the winner-takes-all race at Abu Dhabi on the final lap to take the championship. Spaniard Alonso, who turned 40 in 2021, finished 10th in his first season with the Alpine Racing team this year and Verstappen wants to see his F1 colleague at the top of the order next year. ‘I would like to see him back at the front,’ Verstappen told CarNext. Unfortunately, in the last few years, he hasn’t been able to do that at the front, because he doesn’t have the car.