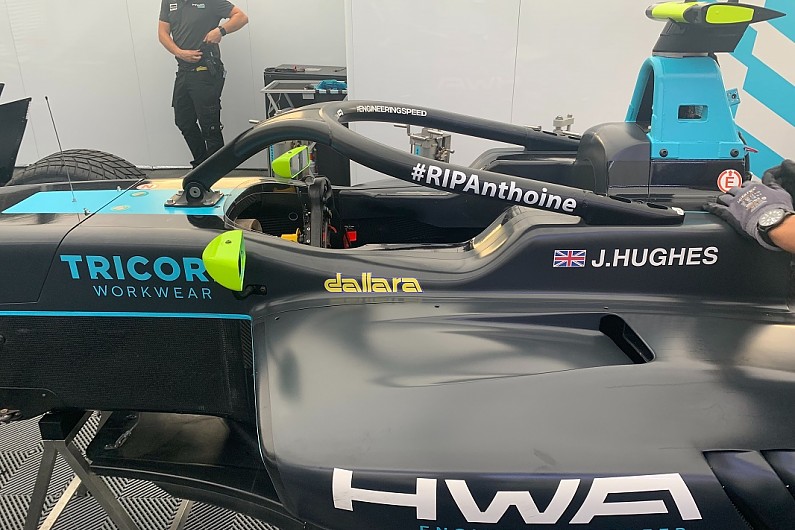 Formula 1 and FIA Formula 3 will hold a minute’s silence in honour of Anthoine Hubert before the Belgian Grand Prix.
F2 ‘s sister championship F3 will still race, moving into the later slot normally occupied by F2, and many of its teams are running Hubert tributes on their cars.
Hwa is among the F3 teams running stickers in honour of Hubert, its version reading ‘RIP Anthoine’.
While some teams have struggled to get stickers made up overnight, more are planning to honour Hubert on their cars at Monza next week when the F2 Championship resumes alongside F1 and F3.