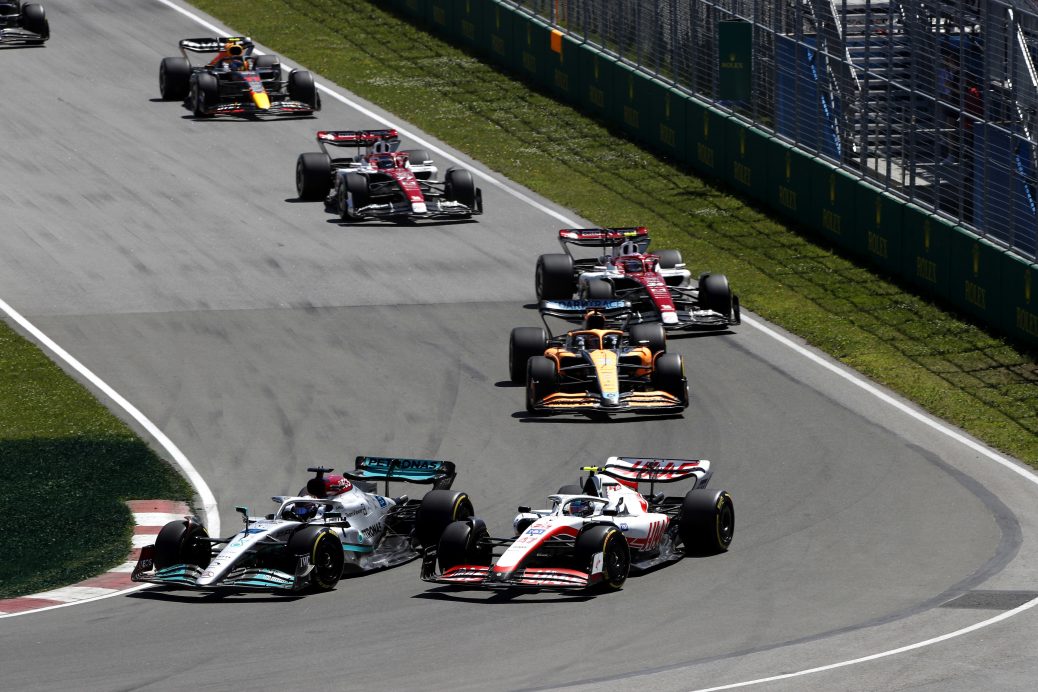 With new regulations and a new breed of cars, the Formula One 2022 season was always going to be a fascinating one. A jam-packed calendar with a record-breaking 22 races made for an incredible amount of action both on and off track and an end to the eight year dominance of Mercedes. So, let’s take a look back at a season that ultimately belongs to Red Bull but brought a few surprises along the way.

With a new era of cars on the grid all eyes were on Bahrain to get an idea of how the season might unfold. Unfortunately for Ferrari Bahrain turned out to provide false hope. Charles Leclerc made it his first pole of many to come this season, beating Max Verstappen and forming a front row that would soon become very familiar. The F1-75 showed astounding pace ultimately resulting in a perfect start for Ferrari: Leclerc and Sainz 1-2. Most shocking in Bahrain was the double DNF from the Red Bull pair as Verstappen retired on lap 54 reporting steering issues, whilst Perez’s power unit gave up on the final lap.

Other teams showing promise at the outset of the season included Mercedes who achieved a solid result with Hamilton rounding out the podium and Russell just one place behind. It seems like a lifetime ago that questions were being raised over the potential for Verstappen to secure a second world championship title and even more remote a time when Leclerc’s hopes for his first Championship seemed a real possibility.

Unfortunately for the Tifosi it wasn’t long before Ferrari began to falter, the first signs of cracks appearing in front of a home crowd at the Emilia Romagna Grand Prix.  Despite battling with the two Red Bulls for a spot on the podium, a late spin for Leclerc meant he could only scrape ninth place leaving McLaren’s Lando Norris to achieve his first and only podium finish of the season. Ferrari simply couldn’t unlock the potential of their unquestionably fast car and things went from bad to worse as the season progressed. Leclerc’s first DNF came in Spain when the Monegasque retired from the lead on lap 28 due to power unit issues. Despite its speed, the 2022 Ferrari kept running into problems, who could forget the disastrous retirement of both the Scuderia’s cars in Azerbaijan?

The Ferrari pit wall became the internet’s favourite meme of the 2022 season as they made strategy error after strategy error. The first such error appeared during Leclerc’s home race with a double stacking plan that potentially lost Charles the race. Leclerc’s frustration could be heard on team radio as he was told to box before a frantic call to stay out. Strategy under safety car seemed to be another achilles heel of the Ferrari team, again losing Charles the win in Silverstone by missing a free pit stop and potential for soft tires. It looks like things will be shaken up within the Scuderia as former team principal Matteo Binotto resigns and a team reshuffle might be exactly what the team requires to build on the progress of this season and put in a more convincing bid for the world championship.

With a new season came a new track, the hotly anticipated Miami street circuit. The 5.412km circuit wound its way past the Hardrock stadium and marked Formula One’s latest attempt to tackle the ever-growing American appetite for F1. It was a star-studded event with a focus on celebrity and luxury catering for a new era of Formula One stateside. Fans had differing opinions on the whole spectacle, including much controversy over the fake marina, but with his third win of the season there Max Verstappen will be sure to look back fondly. Miami will remain on the calendar until 2031 at least, so love it or not we will see much more racing on the streets of Miami Gardens in years to come.

Whilst the main story of the season was the developing battle between Red Bull and Ferrari, Mercedes found themselves somewhere they haven’t been for the past eight years: not first. In a surprisingly underwhelming start to the season, it appeared that seven-time world champion Lewis Hamilton may not in fact be in the running to secure his eighth title. Porpoising was the word on everyone’s lips for the first half of the season as the Mercedes pair were being rattled around inside their W13s and the team struggled to optimise the level of downforce. What appeared to shock many, possibly even more than Mercedes’ fall from the top was the consistent outperforming of Hamilton by his new teammate George Russell. Russell, who finished 35 points ahead of his teammate, shone in qualifying outqualifying Hamilton nine times despite it being his first year with the Mercedes team. Even with a comeback late into the season to maintain third place in the constructor’s championship, Hamilton failed to maintain his record of winning a race in every Formula One season he has competed in making 2022 a season he will likely hope to forget.

2022 may have held many lasts for Sebastien Vettel as he announced he would be retiring from the sport, but it also contained many firsts for plenty of other drivers. Zhou Guanyu made his debut on the grid, scoring points in his first race finishing tenth and less than a second behind Fernando Alonso. It was a reasonable season for the Chinese driver picking up six points and securing a drive for next year. From first points to first wins, a few drivers stood on the top step of the podium for the very first time. Carlos Sainz achieved his maiden F1 victory at Silverstone and George Russell finally got his first win at Brazil. One of the standout moments of the season also came in Brazil as Haas’s Kevin Magnussen secured his and Haas’s first pole position. Some of the most jubilant scenes of the season took place in the Haas garage as extreme rain provided Magnussen with the golden opportunity to start at the front of the grid.

Unsurprisingly, after dominating the season Red Bull ended up on top, securing 759 points in the constructor’s championships, 205 points clear of second place Ferrari. After what could have been a disaster of a year, Mercedes managed to drag themselves up to third- a result that out of context may seem disappointing but a respectable recovery for the team whose focus is already on the 2023 season. The midfield battle between McLaren and Alpine remained tight despite McLaren spending much of their first couple of races towards the back of the gird. Ultimately Alpine secured fourth place by just 14 points.

Coming further down the field Haas made huge progress on their zero-point finish of 2021 with 37 being enough to end the season in eighth place. Alpha Tauri had one of the worst seasons of all the teams with a hugely disappointing ninth finish after hoping to retain their progress from the year previous and challenge at the top of the midfield. And at the bottom of the standings comes Williams who despite showing flickers of potential simply couldn’t push their car into the points more than four times.

After Verstappen ran away with the world championship by Japan the title fight may not have been as exciting as in 2021, but it certainly provided plenty of action for fans to enjoy. The new era of cars lived up to expectations and closer racing and the slight shake-up of the grid made the 2022 Formula One season an entertaining one. As fans of the sport grow, we look forward to March for a new season of racing.

This young woman will go a long way in journalism. I was well impressed with her article