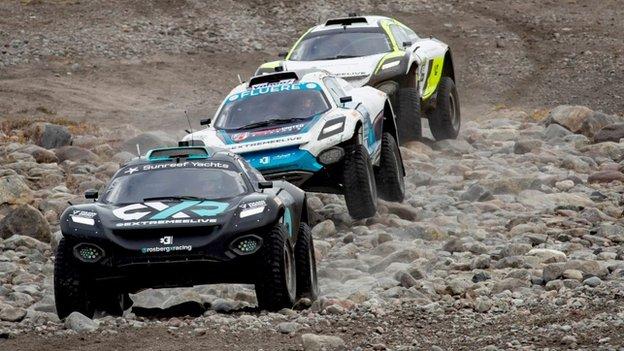 Catie Munnings has won Greenland’s first ever motorsport event in Extreme E’s Arctic X-Prix alongside her Andretti United team-mate Timmy Hansen. A lightning start saw her briefly take the lead through the first corner before falling back down to third. Munnings’ team-mate Hansen switched into the driving seat and took the lead. The Swedish driver managed to hold on and take Andretti United’s first Extreme E victory. England went from crumbling in the second Test against India to producing the perfect performance in the third, says Jonathan Agnew. Watch highlights as England’s bowlers produce a stunning performance to take eight wickets in the morning session, sealing victory on the fourth day of the third Test against India.