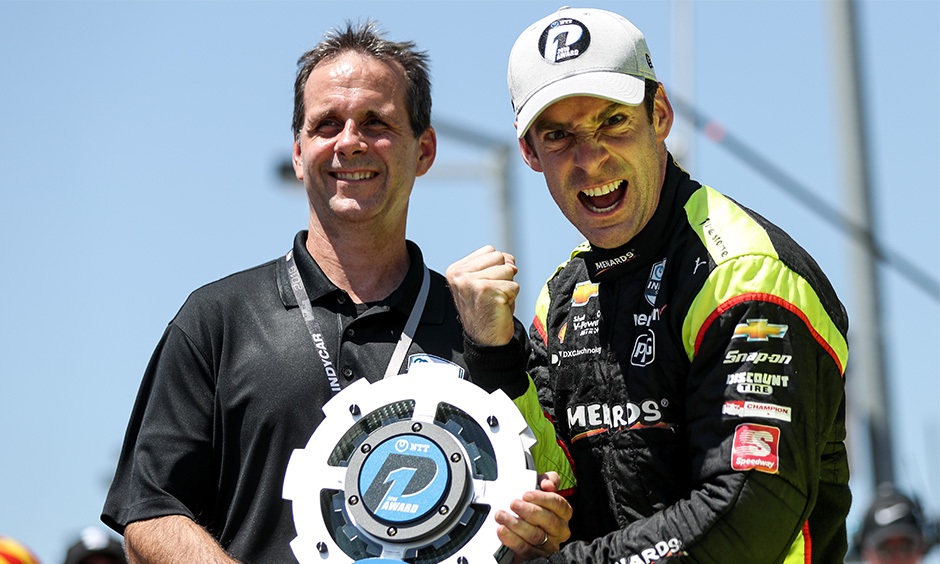 EXCLUSIVE: Pagenaud salvaged what he could at Iowa

There was a point in last weekend’s Iowa 300 where it appeared Team Penske driver Simon Pagenaud would be challenging teammate Josef Newgarden for the victory at Iowa Speedway.
As Pagenaud walked down pit road, he had a few words for Sebastien Bourdais in French.
It could have been a sweep at the finish as Newgarden won the race, but Pagenaud finished fourth and Will Power was penalized for improper pit entry on Lap 263 and that put him one lap down.
Simon Pagenaud: “I’m glad we salvaged points for the championship and didn’t lose too much to him.”