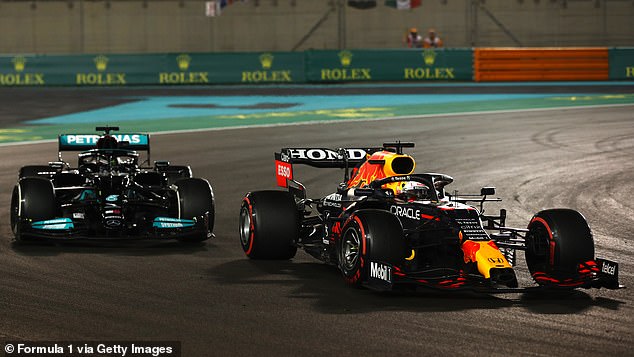 EXCLUSIVE: Mercedes are set to ABANDON their appeal against Max Verstappen’s contentious F1 world title victory after Sir Lewis Hamilton told them he doesn’t want his eighth championship to be won in court

Sir Lewis Hamilton has told Mercedes that he does not want to win an eighth world championship in court — and his team will announce on Wednesday they are ditching their appeal against his controversial defeat in Sunday’s title decider in Abu Dhabi. ‘The circumstances surrounding the use of the safety car following the incident of driver Nicholas Latifi, and related communications between the FIA race direction team and the F1 teams, have notably generated significant misunderstanding and reactions from F1 teams, drivers and fans, an argument that is currently tarnishing the image of the championship and the due celebration of the first drivers’ world championship title won by Max Verstappen and the eighth consecutive constructors’ world championship title won by Mercedes. ‘Following the presentation of a report regarding the sequence of events that took place following the incident on lap 53, and in a constant drive for improvement, the FIA president proposed to the World Motor Sport Council that a detailed analysis and clarification exercise for the future with all relevant parties will now take place. ‘Following that presentation and an extensive discussion, the World Council has decided to unanimously support the president’s proposal.’.