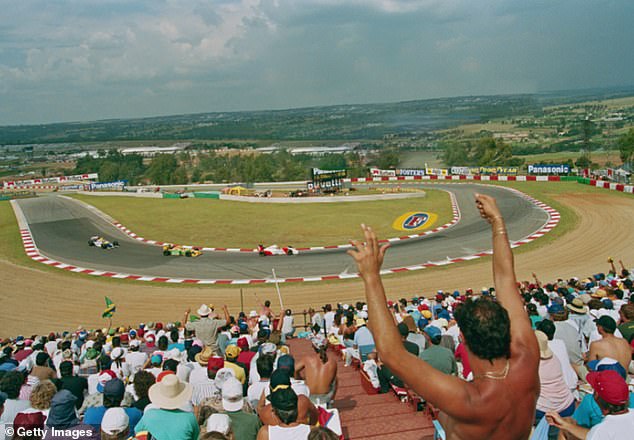 EXCLUSIVE:  Formula One bosses hope to stage a Grand Prix in South Africa next year – 30 years after the last race in Africa – at the 100,000-capacity Kyalami circuit near Johannesburg

Formula One boss Stefano Domenicali will make a whistlestop tour to South Africa next week in an attempt to add the country to the calendar, possibly as early as next year. If negotiations prove successful, the race would be held at the 2.8-mile Kyalami circuit, north of Johannesburg, which last staged a grand prix in 1993 after being a mainstay of the roster through the Sixties, Seventies and early Eighties. Domenicali will fly out to speak to Kyalami owner Toby Venter and chief executive Tom Hamilton after this weekend’s Azerbaijan Grand Prix in Baku. It was the 33rd instalment of the South African Grand Prix, but would prove to be its last as Formula One has not returned to the continent since. There was a lot of anticipation at such a big circuit to start the new season, with many big name driver moves in the off-season. There was a swathe of retirements in an action-packed race with only the top seven cars making it to the chequered flag.