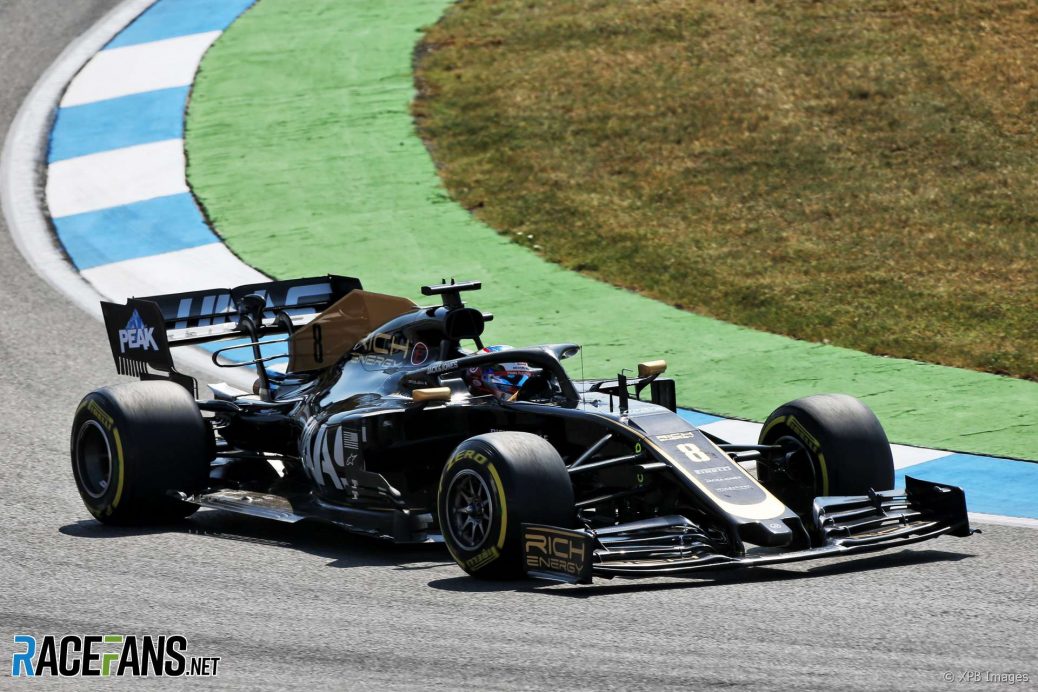 Romain Grosjean is aiming for a top 10 starting position in the German Grand Prix after another strong Friday in Haas’s original specification VF-19.
The team is running his car in the aerodynamic specification used at the Australian Grand Prix, as it did at Silverstone.
“The race one package is very, very good,” said Romain Grosjean.
Grosjean says the car gives him much more confidence to “really push it” to its limits.
Romain Grosjean: “In the high-speed corners it’s there and you can play with it.”
Romain Grosjean: “It’s more the high-speed stuff and the entry stability which is outstanding.”