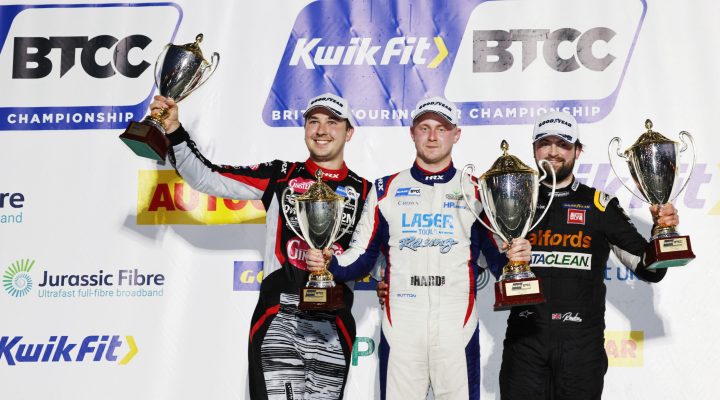 EXCELR8 WITH TRADEPRICECARS.COM SIGNS OFF WITH BRANDS HATCH PODIUM

EXCELR8 with TradePriceCars.com signed off a breakthrough campaign with another podium finish to bring the curtain down on the 2021 Kwik Fit British Touring Car Championship season at Brands Hatch (23/24 October). Despite that, he made the most of two safety car periods to work his way back up the order to recover to twelfth place at the finish. “Had we not been taken out of race two in the incident with Moffat then we could have had a P6 there and been in the mix for the reverse grid – and then I think a podium finish would have been on. “We made up twelve places in the final race which isn’t easy round here and showed the pace that we’ve had all season. “We started the year with a podium and we have ended it with a podium as well, and I think we’ve had a bloody good season.