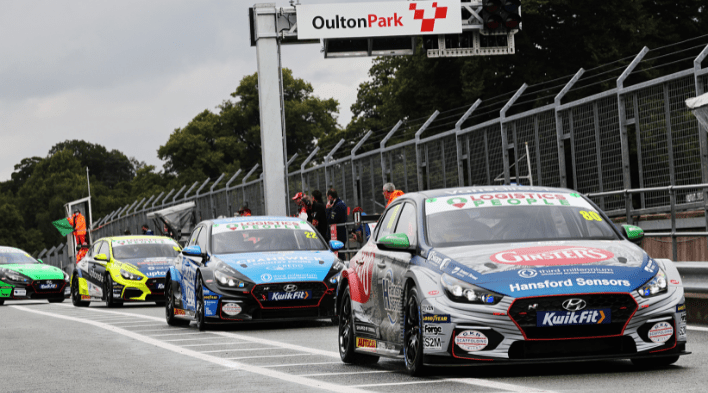 EXCELR8 with TradePriceCars.com battled hard on track to secure points from what proved to be a bruising weekend at Oulton Park during the fourth meeting of the 2021 Kwik Fit British Touring Car Championship. Taking to the grass, Butel made it safely through before the race was halted. “The team did a great job to repair the car after the opening race and to come through and take 14th and tenth from there is a job well done,” said Smiley. “We’d had a bit of a tough qualifying session, but the team worked to make changes to the car for race day and it was a lot better. “It’s such a shame as the race pace was strong and there were points to be scored, but it’s one of those things we have to put behind us.”.