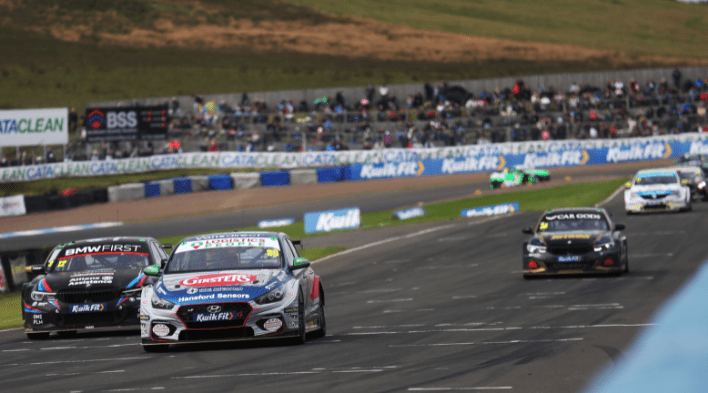 EXCELR8 WITH TRADEPRICECARS.COM PICKS UP THIRD VICTORY OF THE YEAR AT KNOCKHILL

EXCELR8 with TradePriceCars.com returned to the top step of the podium in fine style after securing a third victory of the Kwik Fit British Touring Car Championship season at Knockhill. Butel and Parfitt had both avoided the drama at the start and found themselves running either side of Smiley on track through the early laps, with the #22 Hyundai getting ahead of the Jersey racer on lap seven. “But that was such an ace race, and it’s nice to come away with the win. “It’s a weekend where I wonder ‘what if?’ but we showed we have genuine pace in qualifying and that our race pace was strong. “I didn’t think we’d be able to fight for points after qualifying so I’m delighted to come away from the weekend with a 14th place finish,” proclaimed Butel.