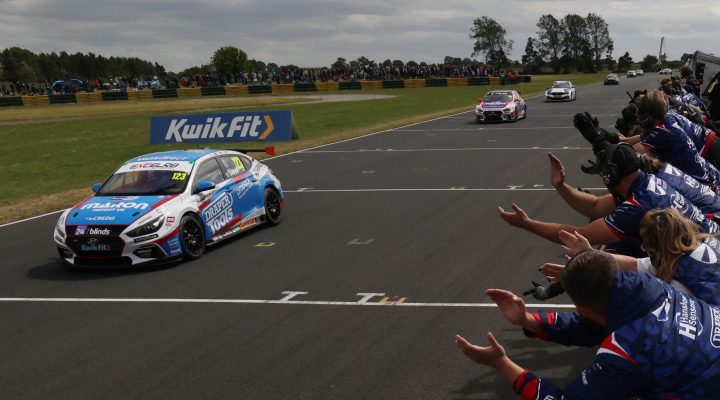 Bristol Street Motors with EXCELR8 TradePriceCars.com continued its rich vein of form in the Kwik Fit British Touring Car Championship with a double victory – and a first ever one-two finish – as the 2022 season hit the half-way stage at Croft. From pole position after his race one win, Lloyd would produce another fine drive from the front of the grid to make it two wins from two, with Ingram battling his way up into second place on the opening lap and following him to give the team a first one-two finish – setting the fastest lap again in the process. “At one point in qualifying, I was up in the top ten but 15th on the grid was a good place to start and it was nice to bring home some points in race one. Having a car like that gives you such a positive feeling, and we’ve got it in a really good place. “Winning again in race two was a really surreal feeling, particularly with Tom following me for a one-two, and then race three was just about scoring points and staying out of trouble.