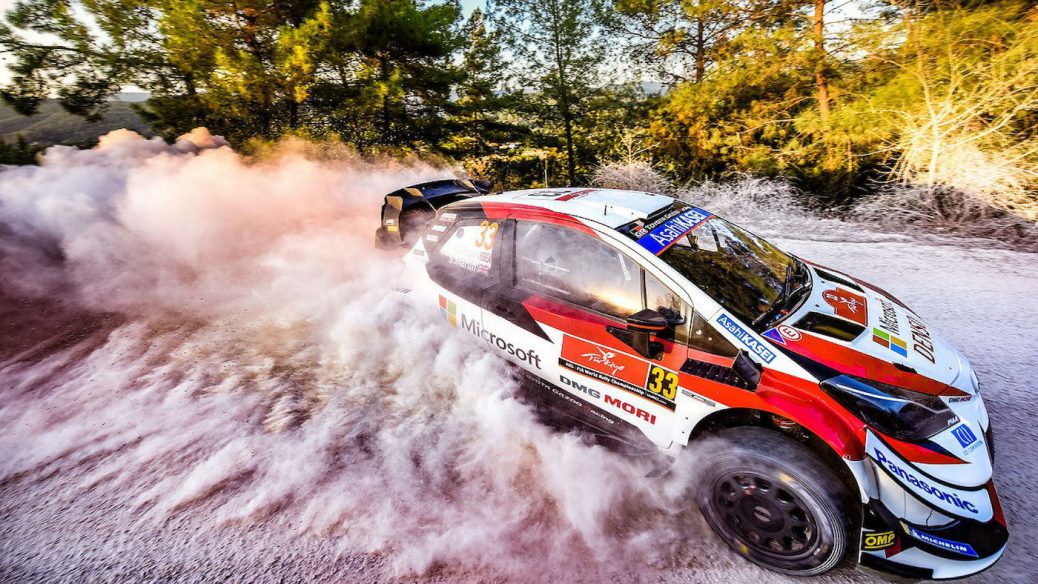 Elfyn Evans was the unlikely leader of Rally Turkey after a madcap morning of drama on Sunday. Overnight leader Thierry Neuville, second-placed Sébastien Loeb and third-placed Sébastien Ogier all haemorrhaged time with tyre troubles. Neuville conceded almost 1min 50sec in his Hyundai i20 as he, too, stopped. When everything had calmed down, Evans held a 46.9sec lead over Ogier, with Neuville hot his heels 0.8sec behind. Loeb, too, was embroiled in a three-way fight for second, just 4.7sec further back. Neuville was immediately back to top speed, fastest by 4.5sec from Loeb. It promoted him back into second overall, 42.2sec behind Evans and 4.0sec clear of Ogier.