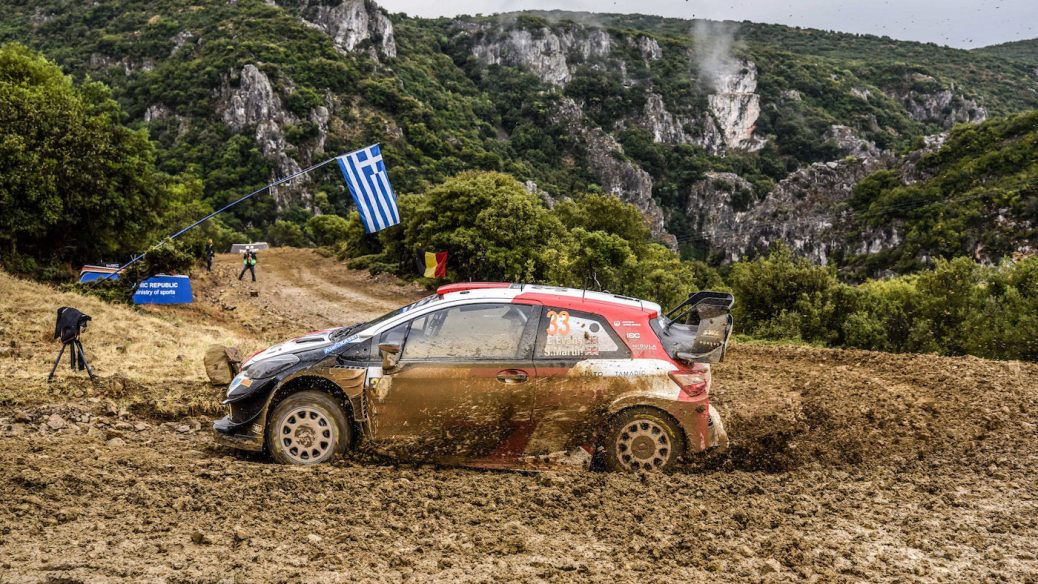 Evans: ‘A long shot got longer’

Elfyn Evans won’t give up on this year’s World Rally Championship, but in the Welshman’s own words ‘a long shot got longer’ at last week’s EKO Acropolis Rally. A gearbox problem on Friday morning’s opening loop of gravel stages ruled Evans’ Toyota Yaris WRC out of the frame for a win. The feeling in the car was generally quite good,” said Evans. He now trails Ogier, who finished the Acropolis third, by 44 points with three rallies and 90 points on offer between now and the end of the year. The approach to the rallies won’t change, but it was always a long shot and now it’s much longer.”.