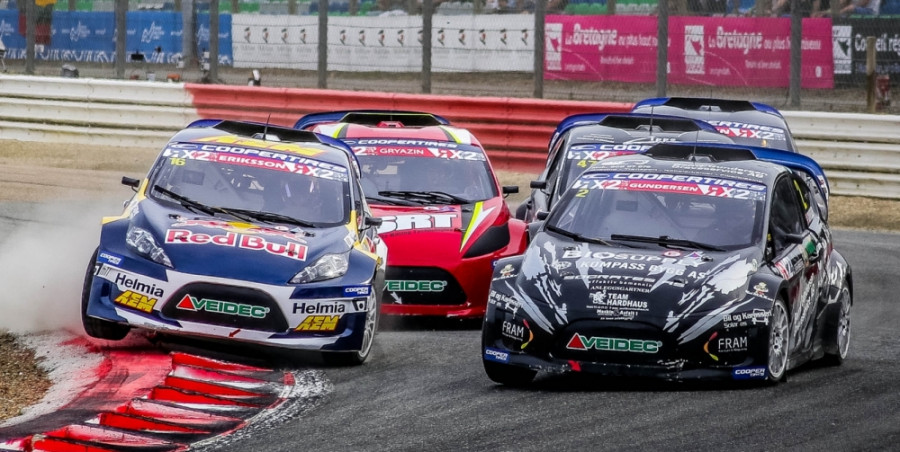 ERIKSSON EXCELS AS GUNDERSEN HOLDS HIS NERVE IN FRANCE

2019 RX2 International Series presented by Cooper Tires championship leader Oliver Eriksson holds the overnight advantage following the opening day of action at Lohéac today (31 August), although it was Ben-Philip Gundersen who arguably stole the show with a breathtaking first corner move to post the fastest time in Q3.
Eriksson’s closest pursuer is Gundersen, who found his early efforts stymied by outside grid positions and traffic, but after swallowing some brave pills, the JC Raceteknik ace boldly left his braking as late as he dared at the start of Q3 and swept all the way around his adversaries to snatch the lead from fifth position.