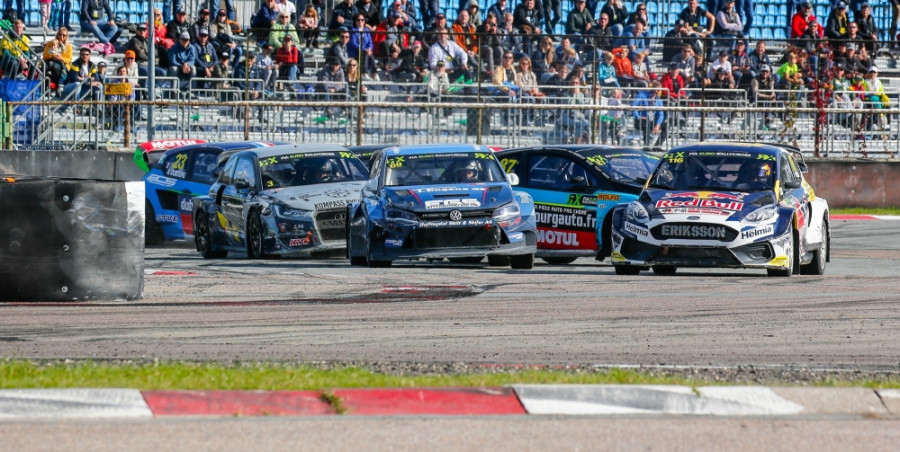 Sweden’s Oliver Eriksson and France’s Cyril Raymond joined Swedes Johan Kristoffersson and Mattias Ekstrom by standing on the top step of the podium at the NESTE World RX of Riga-Latvia, in the FIA World Rallycross Championship’s supporting categories. DA Racing’s Dubourg was P1 in Q2, then P2 in Q3 and Q4 to take the TQ (top qualifier) position, but he was beaten by the overnight TQ, Norway’s Sondre Evjen in semi-final one. Eriksson had more problems in semi-final two but held on to win and then won the final. Spa is a great place to finish the season – and I’m going there to win,” said Eriksson. Raymond took P2 in Q1 behind Latvia’s Janis Baumanis, who was racing a Ford Fiesta ERX in his home round. Raymond took the quickest time in Q2, 3 and 4, even though he lost the rear wing from the C3 in Q2, then won the final. Norway’s Svein-Bjarte Holten finished in P3 in the final in another Ford Fiesta ERX. “I’ve been really happy to drive the new Citroen C3 ERX.