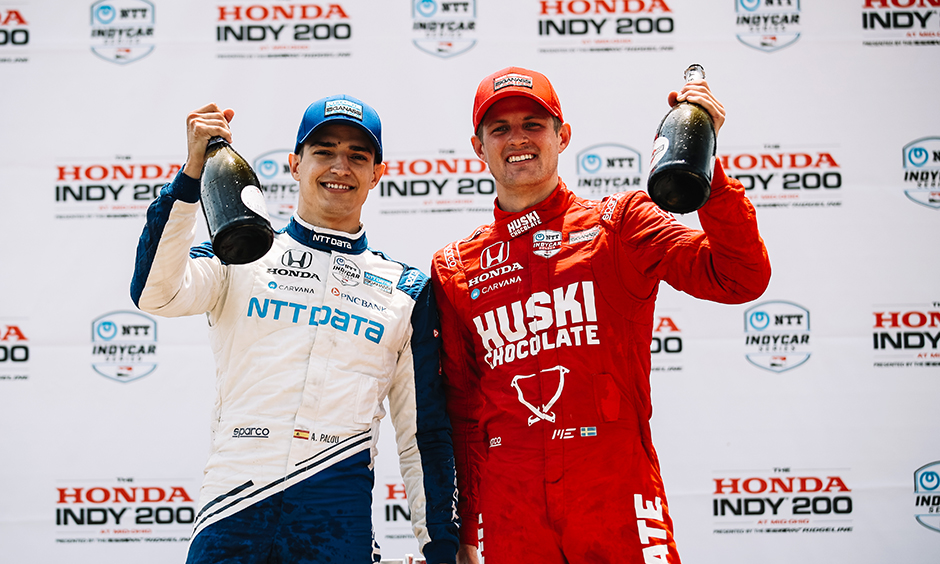 As Marcus Ericsson chased down Josef Newgarden for the win in the closing laps of The Honda Indy 200 at Mid-Ohio Presented by the HPD Ridgeline on July 4, one thing became clear: It’s a new era for Chip Ganassi Racing in the NTT INDYCAR SERIES. 8 Huski Chocolate Chip Ganassi Racing Honda, while teammate Alex Palou in the No. 8 Huski Chocolate Honda was feeling great out there. “Confidence is a beautiful thing when you have it,” Ericsson said. Although he led the organization today, Ericsson is third of his four teammates in the championship standings in fifth – a great problem for team owner Chip Ganassi to have. Not since 2011 has the organization had more than one driver in the top five in points, when Dario Franchitti won the championship and Dixon finished third. He won the previous NTT INDYCAR SERIES race June 20 at Road America, becoming the first Chip Ganassi Racing driver other Dixon to earn at least two victories in a season since Franchitti in 2011. Now, Ericsson, 30, is the new surprise of the season.